The 2019 +LAB Artist Residency is a creative place-keeping residency that will focus on addressing the most recent cycle of displacement that is affecting Los Angeles’ Little Tokyo.

These community-engaged artists are helping LTSC successfully advocate for the responsible development of two highly contested parcels of land owned by the City of Los Angeles: First Street North (FSN) and the Mangrove block (Mangrove). While Little Tokyo has been physically and culturally reshaped by several well-documented cycles of displacement, these blocks (which include 5+ acres of developable land) represent an opportunity for the neighborhood to counteract these cycles through the implementation of the community’s vision for this land.

Through a series of free events and workshops, these artists aim to positively impact the devastation caused by past and present development that threatens the sustainability of our community.

This year’s artist cohort include: 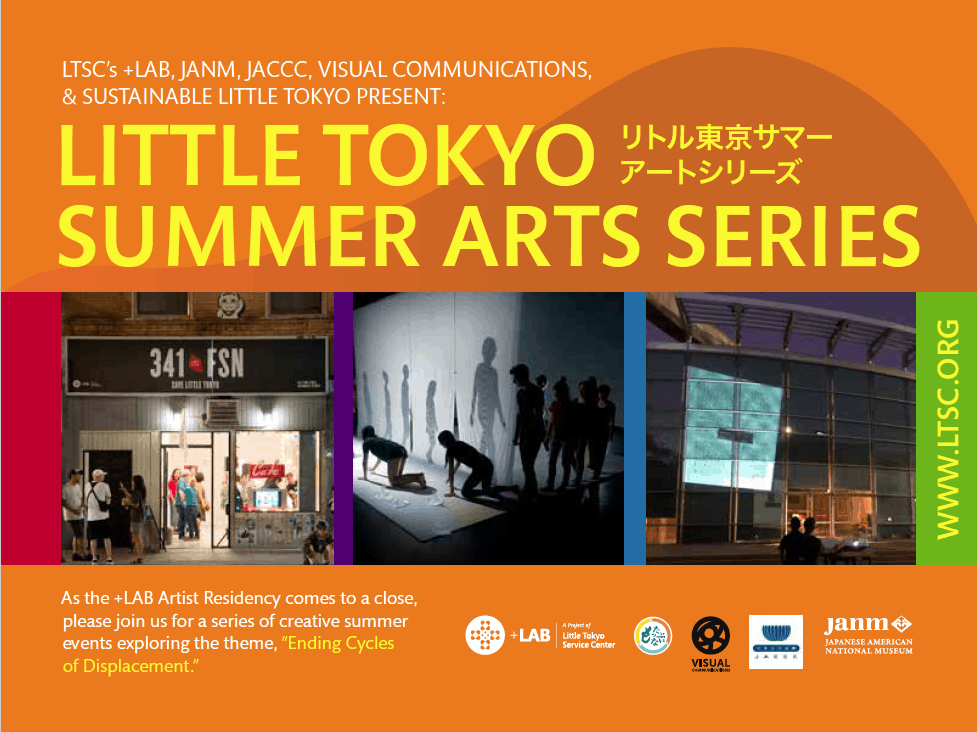 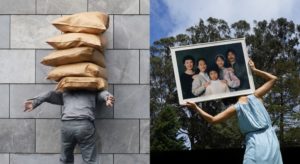 Isak Immanuel and Marina Fukushima have worked together on several uniquely composed intergenerational dance performances. Focused on local/global questions of place, family, community, and instability, projects have been researched and presented in the SF Bay Area and internationally, including at Headlands Center for the Arts, NOHspace, CounterPulse, Kinosaki International Art Center, and TPAM (Tokyo/Yokohama Performing Arts Meeting). In 2018, they collaborated with locals to develop “THINGS EVAPORATE – dances of sickness and health” as artist-in-residents in Beppu, Japan. Marina Fukushima was born in Tokyo and immigrated to the US in 1992. Specializing in Dance, she received a BFA from Butler University (2001) and an MFA from the University of Iowa (2005). Isak Immanuel grew up in Taos, New Mexico and East Los Angeles. He founded Tableau Stations, an intercultural arts platform, in 2004. He received a BFA in Interdisciplinary Practices from California College of the Arts (1999).

Since 2010, Cog•nate Collective has worked across disciplines and mediums to engage transnational communities in dialogue on subjects relating to migration, economic displacement, and border enforcement. Undertaken as collaborations with community leaders, students and/or non-profit organizations, their work takes on forms that include “protest-art-making” workshops in Swap Meets, performative tours narrating histories of immigrant communities confronting gentrification, and roving hyper-local radio stations.

Their most recent projects reimagine modalities for understanding and enacting citizenship: analyzing ways that individuals and communities (re)claim their agency – in quotidian spaces, through everyday actions – in defiance of political (de)limitations.

Cog•nate has shown and presented at various venues nationally and internationally including the Ben Maltz Gallery, the Craft and Folk Art Museum, CSUF Grand Central Art Center, the Museum of Contemporary Art San Diego, School of the Art Institute Chicago, Arte Actual FLACSO in Quito, and the Organ Kritischer Kunst in Berlin.