Thank you for attending our Virtual 40th Anniversary Gala! We had so much fun celebrating with all of you. A huge thank you to our sponsors, donors, auction bidders and supporters for making this event a success!

Missed the live premiere or loved it so much you want to see it again? Watch the gala on our YouTube page!

opens in a new window

Alan has been involved in Little Tokyo and the Japanese American community for over fifty years. His early roots were in working with other young Sansei in establishing community service programs opposing the forced eviction of low-income seniors and small businesses arising during the redevelopment of Little Tokyo. In 1984, Alan joined the Board of Directors of the Little Tokyo Service Center as has continued to serve on the board, including as board president for twelve years. In addition to his work with LTSC, Alan serves on the board of directors of the Japanese American Cultural and Community Center and is also involved with the advisory committee of Kizuna, an organization devoted to engaging new generations within the Japanese American community.

Alan retired from California State University, Long Beach after a career serving as the Associate Vice President of Student Services and teaching in the Department of Asian and Asian American Studies.  Within the community, Alan was a founder and co-chair of the National Coalition of Redress/Reparations, an organization that played a significant role in the redress campaign for Japanese Americans incarcerated during World War II. Alan is also a past board member and chair of the California Conference for Equality and Justice, a leading human relations organization in Long Beach. 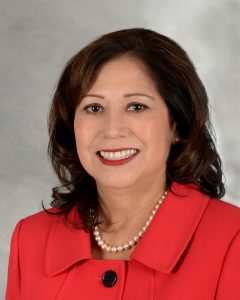 Hilda L. Solis is a lifelong resident of the San Gabriel Valley. A graduate of Cal Poly Pomona and USC, Supervisor Solis has served on the Rio Hondo Community College Board, in the State Assembly and State Senate, and in the House of Representatives. Prior to becoming Supervisor, Hilda L. Solis served as Secretary of Labor under President Obama, the first Latina to ever serve in the Presidential Cabinet. Today, Supervisor Solis represents the San Gabriel Valley, Northeast, Southeast, and East LA as the Los Angeles County Supervisor for the First District. 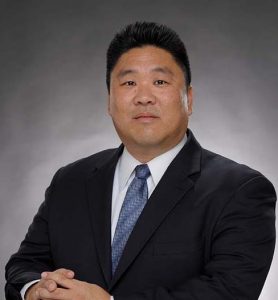 Our gala includes a special tribute to Dean Matsubayashi, the late Executive Director of Little Tokyo Service Center. After a lengthy battle with brain cancer, he succumbed to the disease on September 4 at the age of 49. Dean spent his career creating opportunities for all people to live in safe, affordable homes in thriving neighborhoods, supported by services based on their needs. He built coalitions and partnerships across ethnic and geographic boundaries and achieved national recognition as a leader in the field for his efforts. 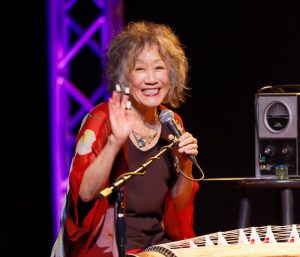 June Kuramoto (born in Japan but raised in Los Angeles) has been playing okoto for over sixty years. She had the great honor to study classical koto with the late Kazue Kudo Sensei receiving her ‘natori’ (classical degree of koto) from the Miyagi School of Koto,Tokyo, Japan. Her love for the koto grew into a dream of playing with contemporary western instrumentation with a hope of sharing this beautiful Japanese instrument with a wider audience. She is a principal member of the twice grammy-nominated band Hiroshima as well as a songwriter and producer. Her heart is always with children, Mother Earth and dignity of all human beings.

She is extremely honored to be part of this tribute to Dean Matsubayashi and congratulate LTSC on its 40th Anniversary, Alan Nishio and Honorable Solis with heart and gratitude. 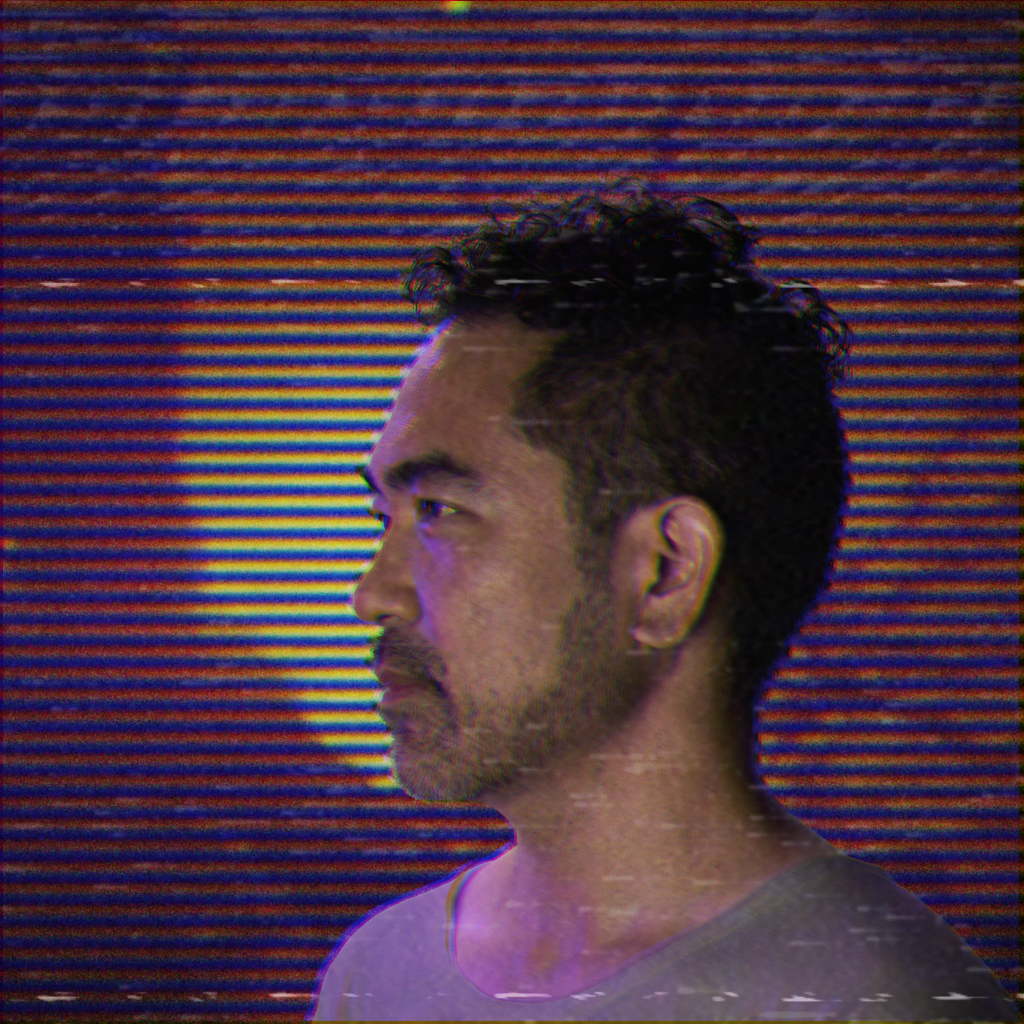 Point Lobo is the musical and visual project of Miles Senzaki, composer for the hit podcast The End Of The World with Josh Clark (of Stuff You Should Know), drummer for legendary hip hop group The Pharcyde and LA funk breakbeat pioneers Breakestra, and recording engineer / owner of Grandma’s Dojo studio. As a drummer, he has backed up artists from Syl Johnson to Jon Jang to Barbara Morrison, and as a composer has written/produced music for film, TV, and digital media, including online content for Hulu, Rocketjump, and Adult Swim. Through songs, videos, and animation, Point Lobo will envelop you in a riotous synthpop post-punk soundtrack to that weird dream you had after an all-night anime binge. 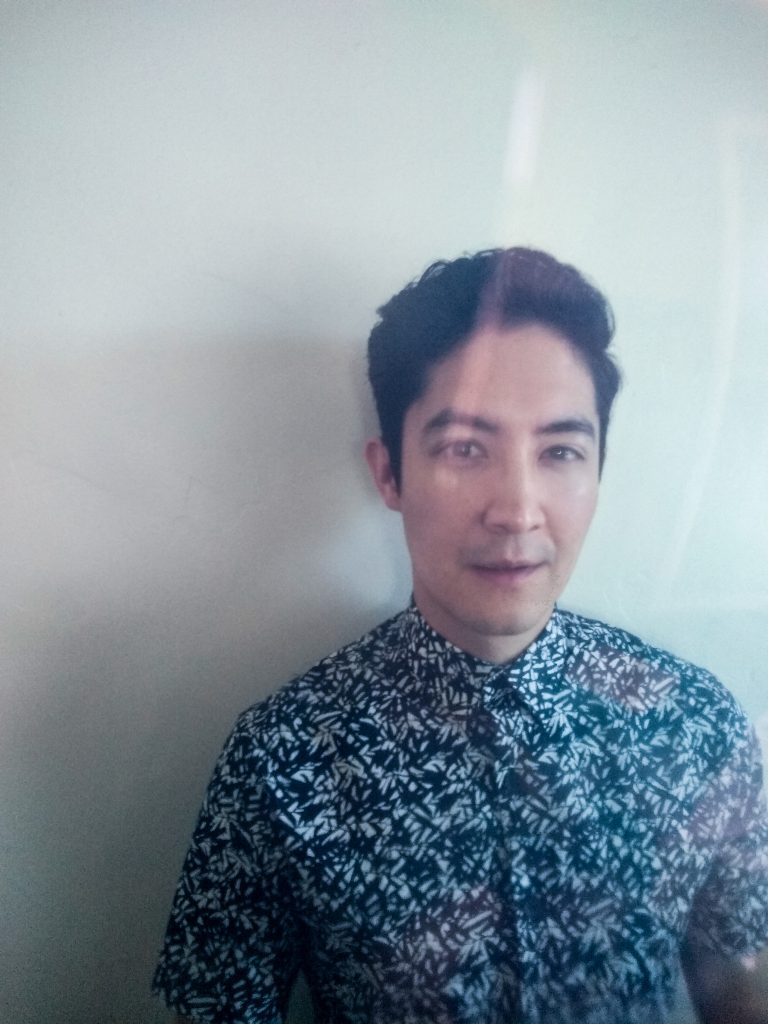 Andrew Figueroa Chiang is a singer-songwriter with “an irresistibly warm, acoustic soul-pop sound” (Phil Yu, Angry Asian Man). He’s an associate artist at Tuesday Night Cafe and frontman for the band Fevertalk ( opens in a new windowfevertalk.co). Currently, he’s in the studio finishing new recordings for imminent release. Andrew loves you very much! 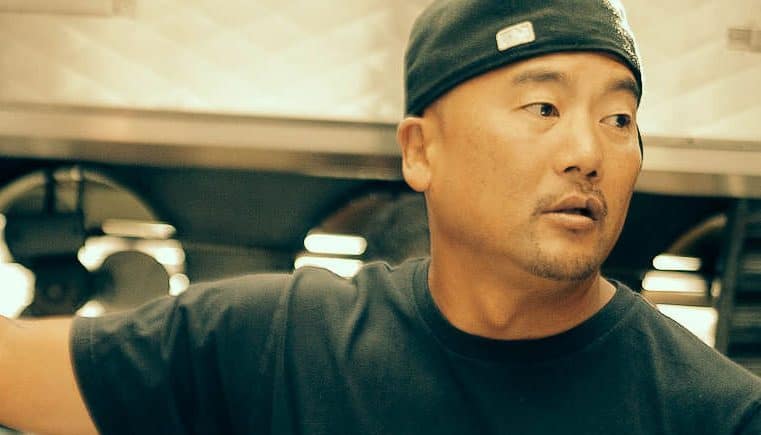 Roy Choi was born in Seoul, Korea and raised in Los Angeles, California. Choi is known as one of the architects of the modern food truck movement through Kogi BBQ by merging food and social media with community and honoring the street food culture that laid the path before him, and for his civic minded TV show ‘Broken Bread’ on KCET/Tastemade, which in 2020 won him a James Beard Foundation Award for Outstanding Host in a television series. On a global scale, Roy is co-host in the full blown Netflix cooking series ‘The Chef Show’ with Jon Favreau. He is a graduate of the Culinary Institute of America. In 2010, Food and Wine magazine named him Best New Chef. His cookbook/memoir L.A. Son was a NY Times Bestseller in 2013. In 2016 he was named TIME 100 Most Influential People in the World. And in 2017, LocoL in Watts, received the first ever LA Times Restaurant of the Year award. Roy resides in Los Angeles where he is a voice and advocate for street food culture past, present, and future, and the co-owner, co-founder, and chef of Kogi BBQ, Chego!, Best Friend at Park MGM Las Vegas, and LocoL. 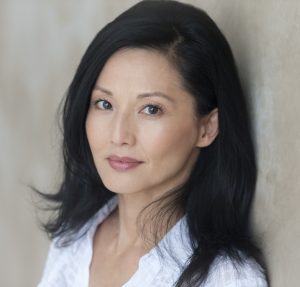 Tamlyn Tomita made her screen debut in “The Karate Kid, Part II” and has since appeared in numerous feature films, television and theatre projects. She is also known for her roles in “The Joy Luck Club”; “Picture Bride” and “Come See the Paradise”. On television, Tamlyn can currently be seen as ‘Commodore Oh’ on “Star Trek:Picard” on CBS-All Access and heard as one of the narrators for the PBS documentary ‘Asian Americans’ streaming now until June 8th. She can also be seen as ‘Allegra Aoki’ in “The Good Doctor” and ‘Tamiko Watanabe’ in “The Man in the High Castle”.

Keeping herself busy in an industry that has been slow to receive actors of an ethnic demographic, Tamlyn is selective in the roles she chooses, steering away from images that perpetuate stereotypes. She is always on the search for ways to create or balance images and stories about Asian Americans and other under-represented communities and women, and seeks to explore with others, in and outside the film and television industry, issues she is concerned about. Tamlyn proudly supports filmmakers and artists, especially Asian Americans, in the pursuit of giving the world a gallery of portraits from a ‘golden’ perspective. A resident of Los Angeles, she lends her support to several community events and organizations, and keeps her life simple, focusing on love, work, and family and is a proud and loyal UCLA Bruin.

Twitter/Instagram: opens in a new window@TheTamlynTomita 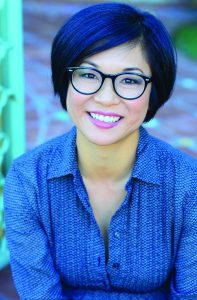 Keiko Agena is currently a series regular on the FOX show PRODIGAL SON where she plays Dr. Edrisa Tanaka. Prior to Prodigal Son she was best known for the TV show GILMORE GIRLS, where she played Lane Kim for seven years and reprised the role in Netflix’s GILMORE GIRLS: SEASONS. In between Agena has been a series regular on HULU’s THE FIRST and recurring on BETTER CALL SAUL, DIRTY JOHN and 13 REASONS WHY. As a guest star she has appeared on such shows as SHAMELESS, SCANDAL and NCIS LOS ANGELES to name a few. Keiko has recently published an Artist Workbook titled NO MISTAKES through Penguin/Random house which is available wherever books are sold. 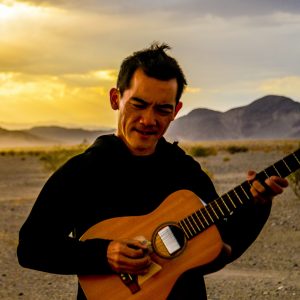 Shinkawasaki is a Japanese-native Soundchaser. His journey led him to Los Angeles for musical encounters with the likes of Lee Takasugi and Visiting Violette, Chili Charles of Mike Oldfield fame, and Los Desnudos who he co-founded and gained Independent Music Awards (Jam category) nomination with. As a composer/producer he has also contributed music for various entities and causes including SanDisk, Japan Airline, NHK Enterprises, House Foods and Japan Self-Defense Airforce. He released 1st self-titled solo effort in 2010, blending styles ranging from technopop, prog, jazz fusion and metal, gaining another nom for Independent Music Awards. Following the release of the 1st album, he led a Livetronica/Technopop outfit Flying Platforms to perform his sonic experiment mixed with interpretive/improvised choreography by MidTones Madeleines, and hosted bi-monthly experimental jam session at historic Grand Star Jazz Club in Chinatown Los Angeles for almost a decade.

His EP “Six Songs from Insomnia” and single “Tiny Men” are out on major streaming platforms.

Gonsaku and Mine Ito Family