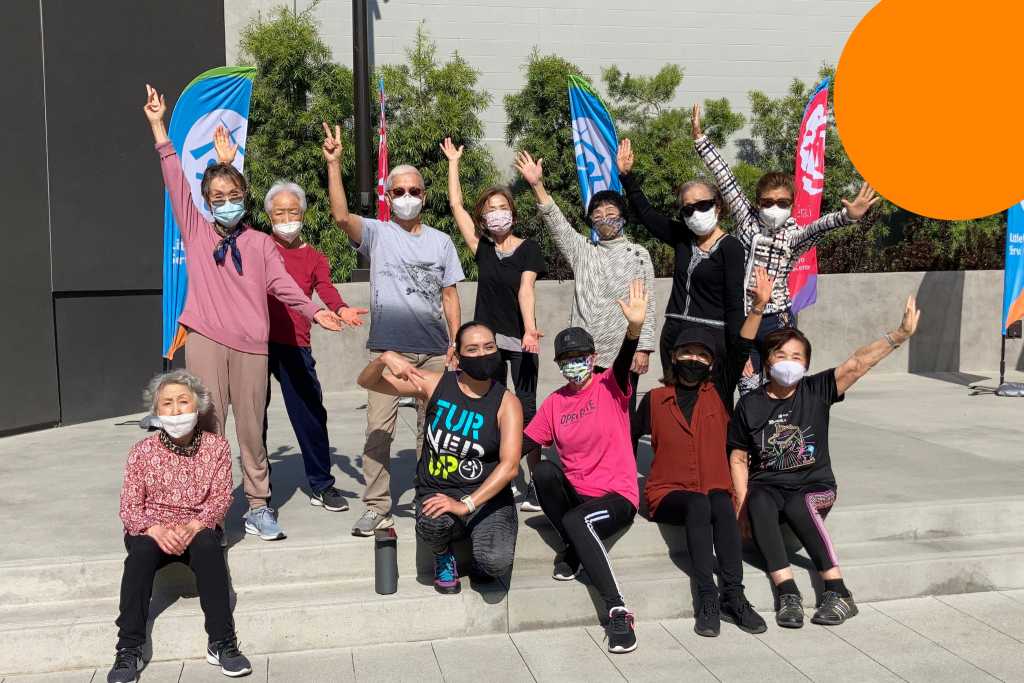 Every year in May, the federal Administration for Community Living (ACL) leads the national observance of Older Americans Month, which recognizes the contributions of older adults across the country. The 2022 theme is “Age My Way.” In this issue, we would like to introduce three community members who teach us how older adults can be involved with their communities.

Today is the Youngest Day of the Rest of Your Life- Hahm, Soonyong (76) 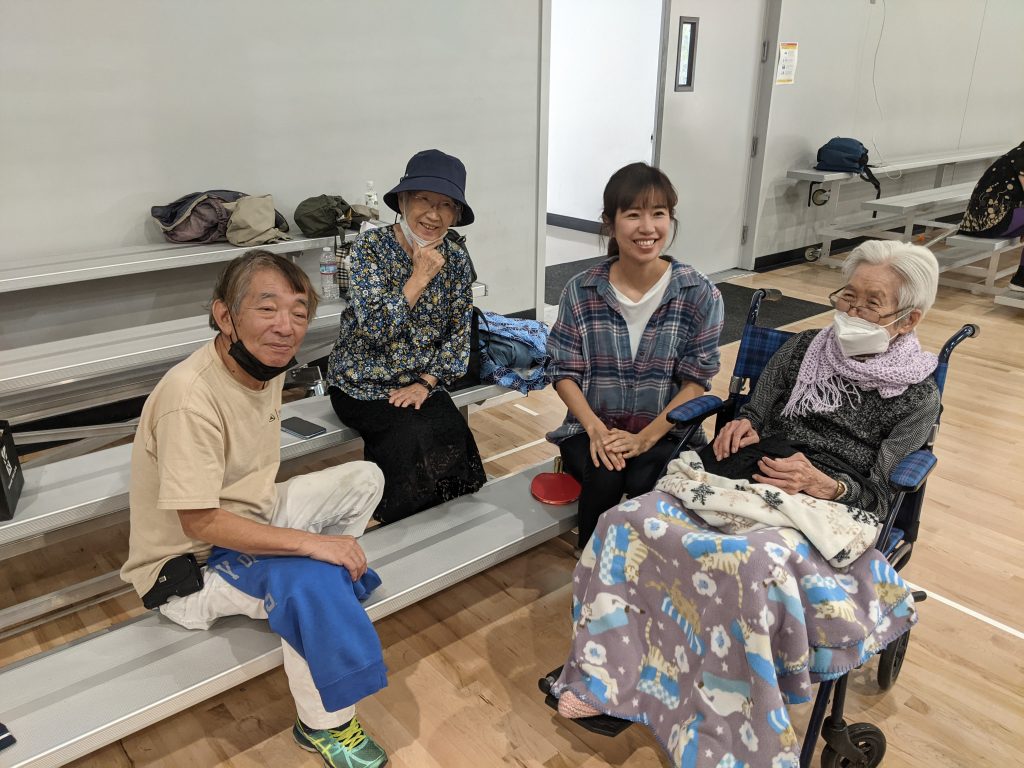 Far East Lounge combats social isolation by bringing seniors together for fun activities and classes that give them a chance to get out and socialize with others.

I was a newspaper reporter in South Korea. In 1996, I immigrated to Hawaii and owned a bookstore and a restaurant called Well-Being Porridge. Then, I came to Los Angeles in 2009 where I still reside. I have been volunteering for about 35 years now and I have a great passion for helping others. For example, I have two hands that I can help serve food as a volunteer and deliver food bank boxes to the homeless population. Sometimes, I collect recyclables and leave them near the trash can so someone who collects those can trade them for cash. The yearning to help others and to volunteer is the greatest quality and gift that I have. I feel extreme joy when I help others and I want to continue until I am physically incapable of doing so. I believe volunteering is good for one’s mental health. Being thankful all the time can be a great benefit to one’s well-being. In order to help others in need, I stay active and keep on learning to have the skills to volunteer, such as learning computer skills, another language, and striving for self-development. Even though I was always the oldest person in the class, including swimming, age didn’t matter. I hear a lot of seniors saying, “I’m too old to start anything.” But, NO, today is the youngest day of the rest of your life! I greatly encourage seniors to continue learning, volunteering, and striving for self-development! 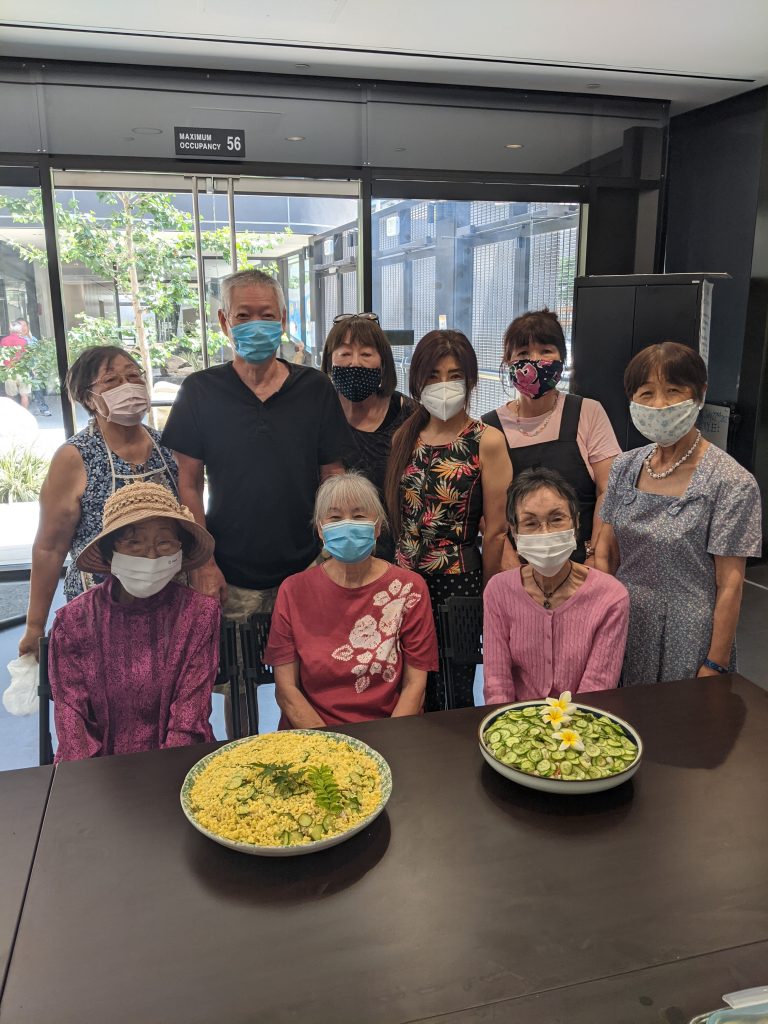 When I first moved to the United States to live with my husband, who was working in Los Angeles, I was already 57 years old. My English skills were close to zero. I took several ESL classes, but they were very challenging. The classes were very diverse. Most of my classmates already had basic knowledge even though the classes were labeled as beginner. I had a hard time catching up with them. I have survived living in the U.S. without speaking English by living in a Japanese-speaking community. I worked at LAX duty-free shops for five years, but as I was assigned to help Japanese tourists, I didn’t need to speak much English. After that, I worked at Asahi Gakuen for another five years where I mainly communicated in Japanese. However, there were so many occasions where I wished I could have spoken English. I knew I was missing something. During the pandemic, all of us were stuck at home and had nothing to do. I was thinking about doing something new once everything opened up. Then LTSC’s Far East Lounge coordinator, Moto, approached me last summer saying an English class would start at Budokan. I wanted to give it a try. I felt so different in this class in a very positive way. The instructor, Hiroshi Moriyasu, seemed to understand my English level and where I was coming from. He took time to make sure that I was keeping up. He had a genuine personality and understood the struggles that many seniors face as we age. His understanding made the experience fun and encouraging. This reminded me that it is never too late to learn. Due to the wide spread of the new variant, the class once again shut down temporarily. I am very much looking forward to coming back to this class once it reopens. 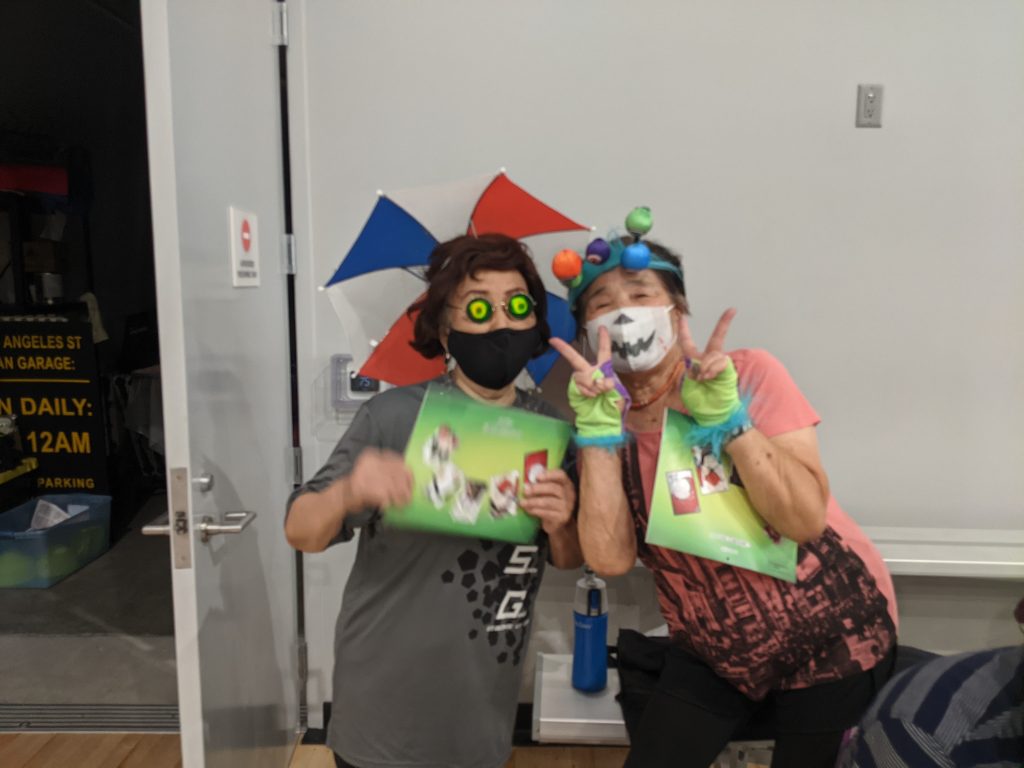 Because my husband passed away at a relatively early age, I worked as a cooking instructor in South Korea to raise my children as a single mother. After all of my children and grandchildren grew up, I didn’t have much to do at home. I tried looking for a job in Korea, but there wasn’t much available for senior citizens like me. When I contacted my friend in the United States, I was told that there were more work opportunities for elder people, so to challenge myself, I immigrated to the United States when I was 64 years old. I started working at an accessory retail store in Downtown, Los Angeles. Due to my limited English, I was not able to work directly with customers, but coming from a design major in Korea, I was fortunately able to use my skills to display the accessories at the store. I really enjoyed the work there, but I realized my lack of English proficiency had caused many barriers from accessing other resources, such as transportation. A friend of mine then introduced me to Los Angeles City College. I was 79 years old then, but I always wanted to learn English. There were so many occasions where I wanted to just give up, but I started noticing that my English was improving. I met a passionate and fun teacher last winter semester who taught us a lot of interesting stories. That helped me keep going. I’m currently taking three English classes for the spring semester. Some are offered via zoom. I really enjoy learning and building my vocabulary. I started at the age of 79. I believe anybody can learn English. It’s never too late. I tell people around me if they ever feel bored or lonely, they can always attend school and learn! If you have the heart and willpower to start something, there is nothing you can’t do. As long as your health permits, live your life to the fullest.