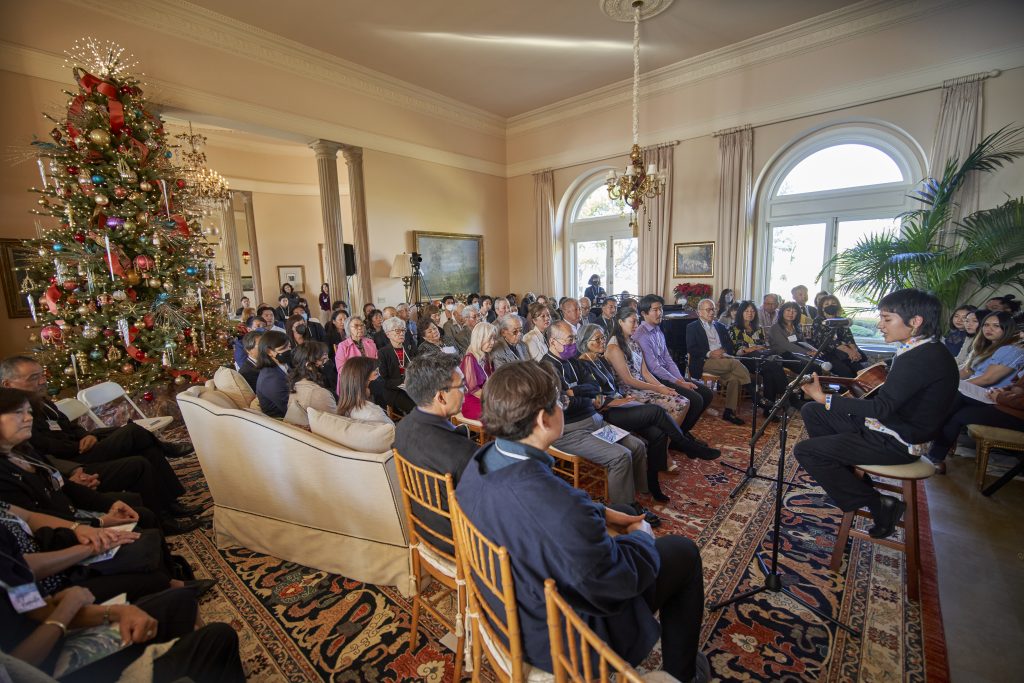 Only the sound of crashing waves could be heard in the background as Dr. Ned Sasaki took to the stage at the 4th annual Changing Tides Upstream gala on November 27 at the seaside estate of Carolyn Elliot. As he shared the story of his son Kevin who died by suicide earlier this year following a painful battle with bipolar disorder, Dr. Sasaki reminded the room of friends, family and supporters to have the difficult conversations and embrace vulnerabilities. “It’s okay,” he urged.

Kevin’s story, like too many others, was tragically cut short. ​​“Typically in Asian cultures, you don’t talk about mental health,” shared attendee Sarah Fukui. “I think younger generations are starting to change that, and I think it’s so important to talk about it and destigmatize it and give people opportunities they may not have access to otherwise.”

Obstacles such as cultural stigma, lack of family support, language and financial barriers are cited as just some of the reasons that Asian Americans are the least likely racial/ethnic identity to receive mental health treatment.

Since Changing Tides’ inception in 2018, the LTSC program has worked towards normalizing mental health in the AAPI community. With the creation of initiatives such as the CT Stream therapy stipend program and the upcoming CT Anchor suicide prevention initiative, the hope is that the next generation will usher in a new era of mental health awareness.

“LTSC has been making a lot of efforts to include younger people in their decision-making areas. I really appreciate that about Changing Tides,” said Seia Watanabe, a 22-year-old Kizuna Board Fellow whose younger sister, Yua, is part of the CT Crew. “It’s an organization led by young people, and they have so much agency over the decisions that the organization makes.”

This youth-driven mindset was at the forefront of the Upstream event which, in addition to Kevin’s story, also included a thought-provoking presentation by filmmaker and two-time cancer survivor, Paul Goodman, as well as a heartfelt musical performance by Miya Stepanhoff of Bedouine’s “Solitary Daughter.” Guests were left enchanted and empowered, looking towards the future of the Changing Tides cause.

“We have the opportunity to strike the iron while it’s hot, but it’s important to remind ourselves that we can’t just undo generations of stigma overnight. It’s a process, but organizations like Changing Tides start with a conversation,” said 2022 Nisei Week Queen, Kristine Yada, who chose Changing Tides as her philanthropic platform.

Visit the Changing Tides website to find mental health resources and to learn more about our mission and initiatives.