The annual Los Angeles Day of Remembrance commemorates the signing on February 19, 1942 of Executive Order 9066 by President Franklin D. Roosevelt. Executive Order 9066 authorized the military to remove and incarcerate persons of Japanese ancestry into American concentration camps during World War II. Focusing on the theme of “Power of Communities: Building Strength Through Collective Action”, this year’s virtual event will honor the resilience and fight of the community over the 80 years since the signing of Executive Order 9066, and explore the next steps for ensuring a just and equitable future for all.

This year’s programming will be headlined by a conversation between traci kato-kiriyama and Kathy Masaoka, Japanese American activists, and Dreisen Heath, an expert on reparations and reparatory justice, about the need for solidarity around reparations work in the present day.

This event will be available on JANM’s YouTube channel at 2pm (PST) on Saturday, February 19th. 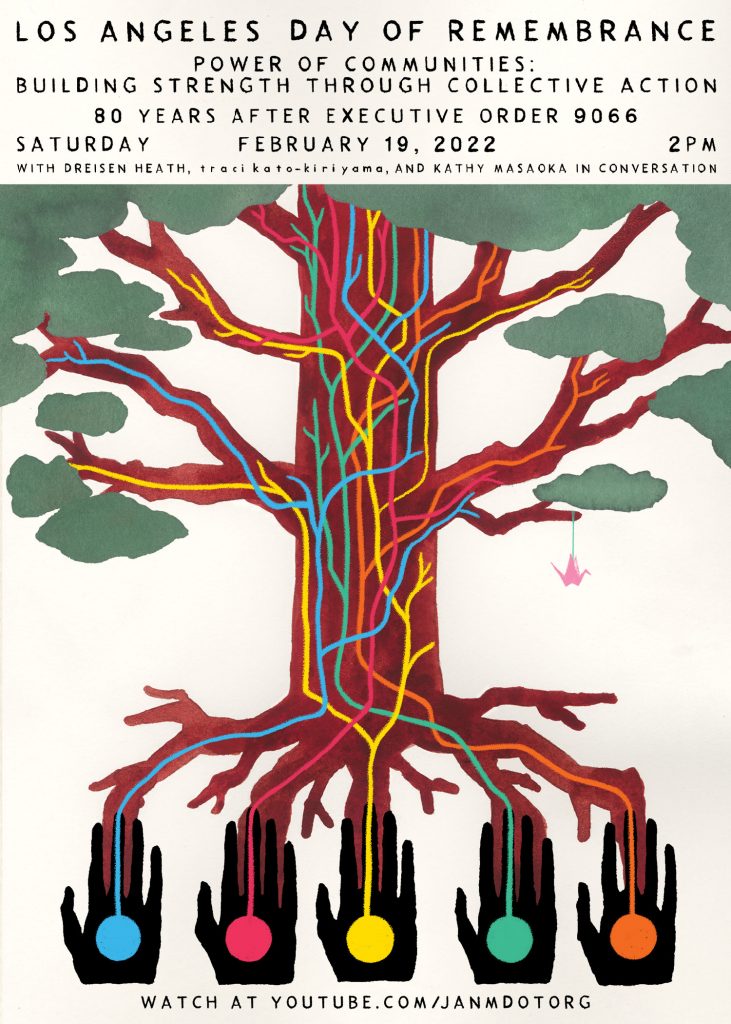