2020 feels like a whirlwind in my mind: the COVID-19 pandemic and the fear and suffering it brought, Black Lives Matter and the national reckoning about race, the completion of the Terasaki Budokan, the significant progress made on our current three affordable housing projects, and so much more.

But within all this tumult, the moments that stand out were simple ones that reminded me of our humanity, and why I wake up every day passionate to work for an organization like LTSC: a smile of appreciation from a senior after receiving dinner from our Little Tokyo Eats program; a sigh of relief from a small business owner gaining assistance from our counselors; the silent tears in the eyes of a resident accepting a check to help them pay that month’s rent. These were moments of connection that reminded our residents, clients, businesses, and community members that they’re valued and they’re not alone.

As I reflect on 2020, I’m overwhelmed with pride in the staff of LTSC who took on this year’s complex challenges in stride. I’m also filled with gratitude for our supporters who stepped up in a huge way this year – who volunteered their time during the crisis, who generously donated, and who offered moral support to our staff. YOU are the reason why we’re able to pursue our mission – your support means everything to us.

And while we’re not sure what 2021 has in store, this year has doubled my confidence in our organization and our community to answer the call.

Wishing you and your loved ones a safe and happy holiday season. 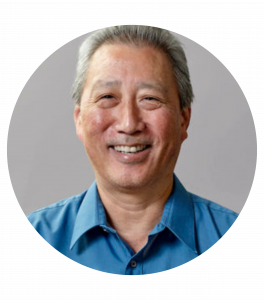 Help us create positive change in 2021 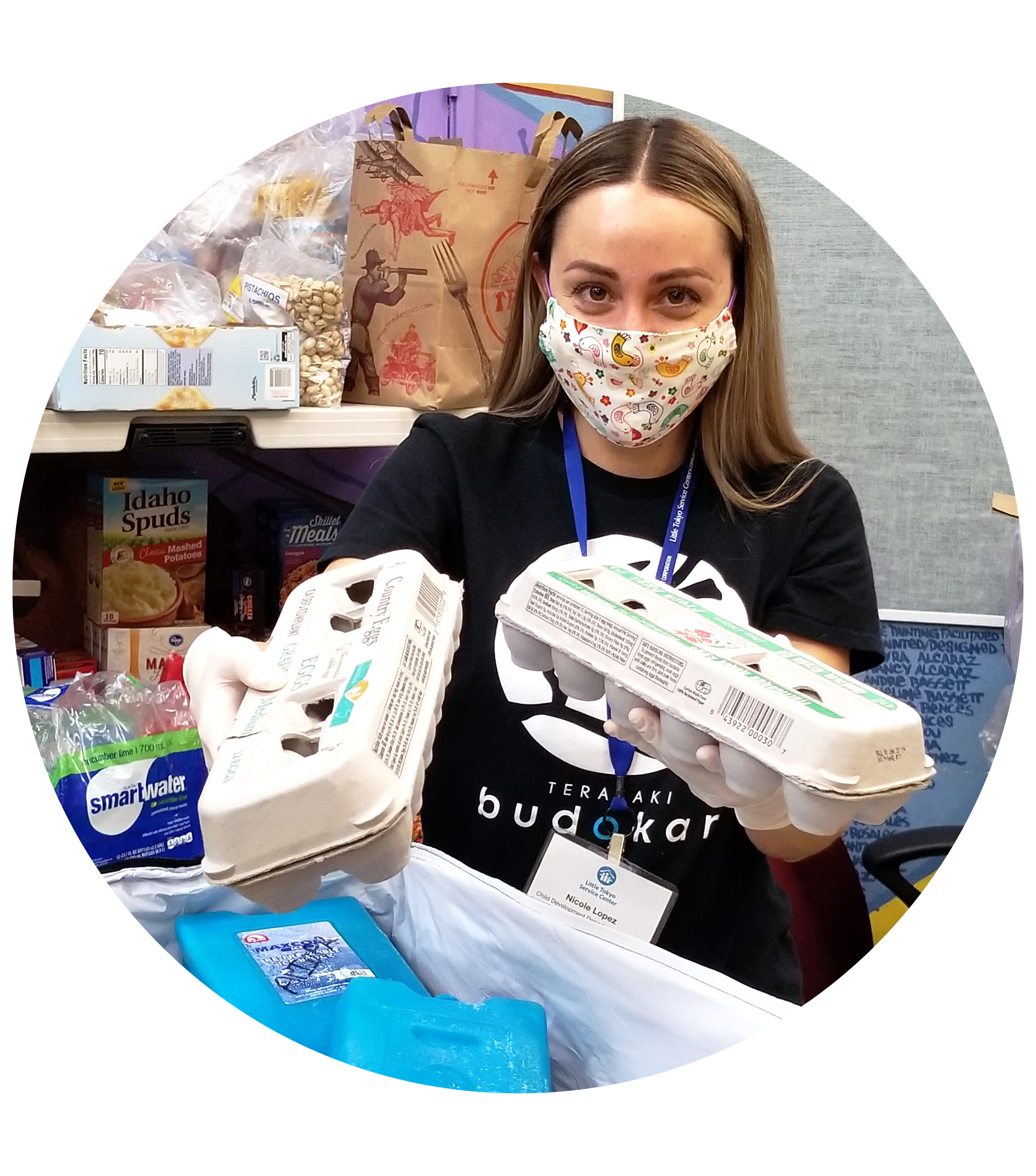 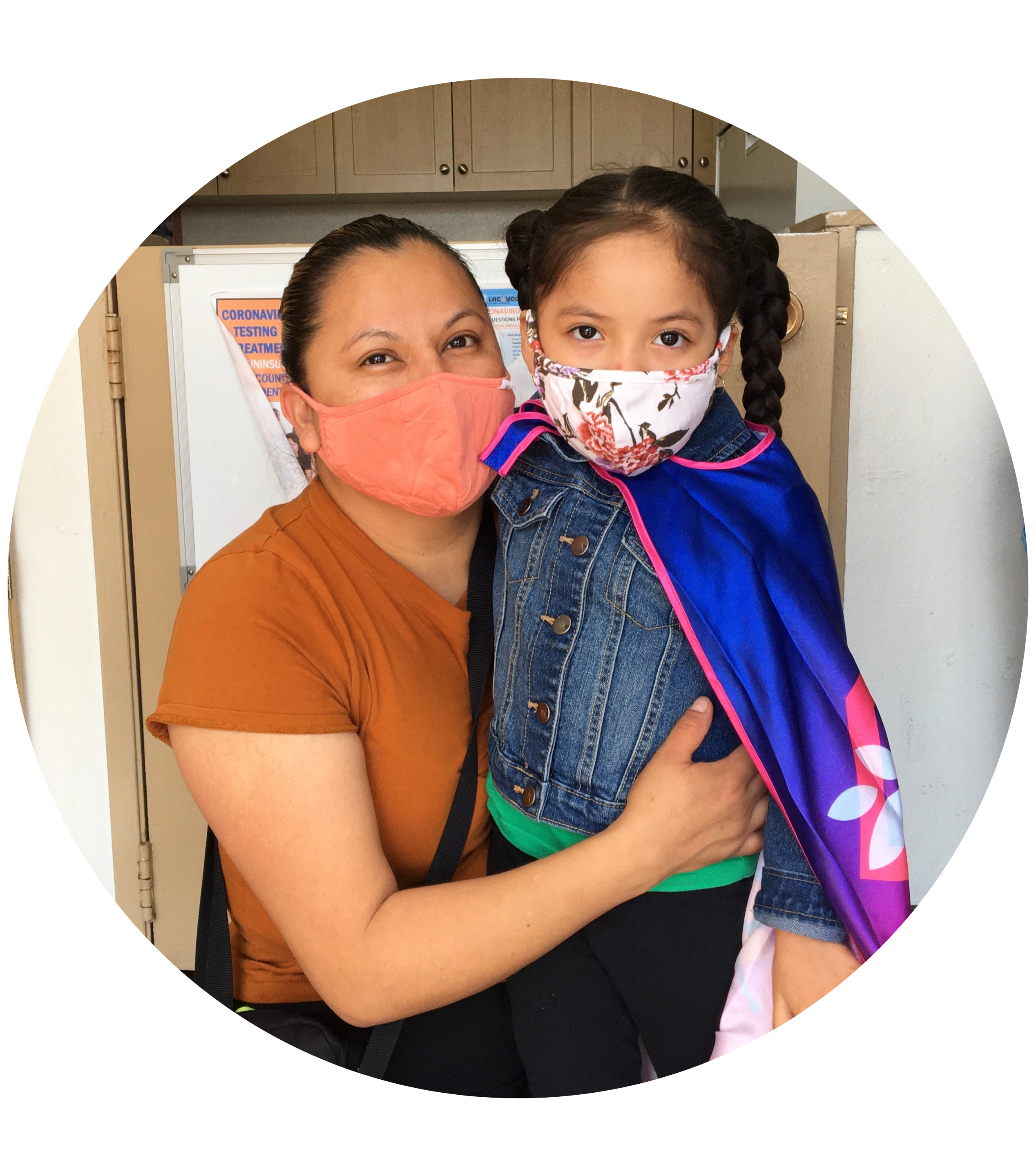 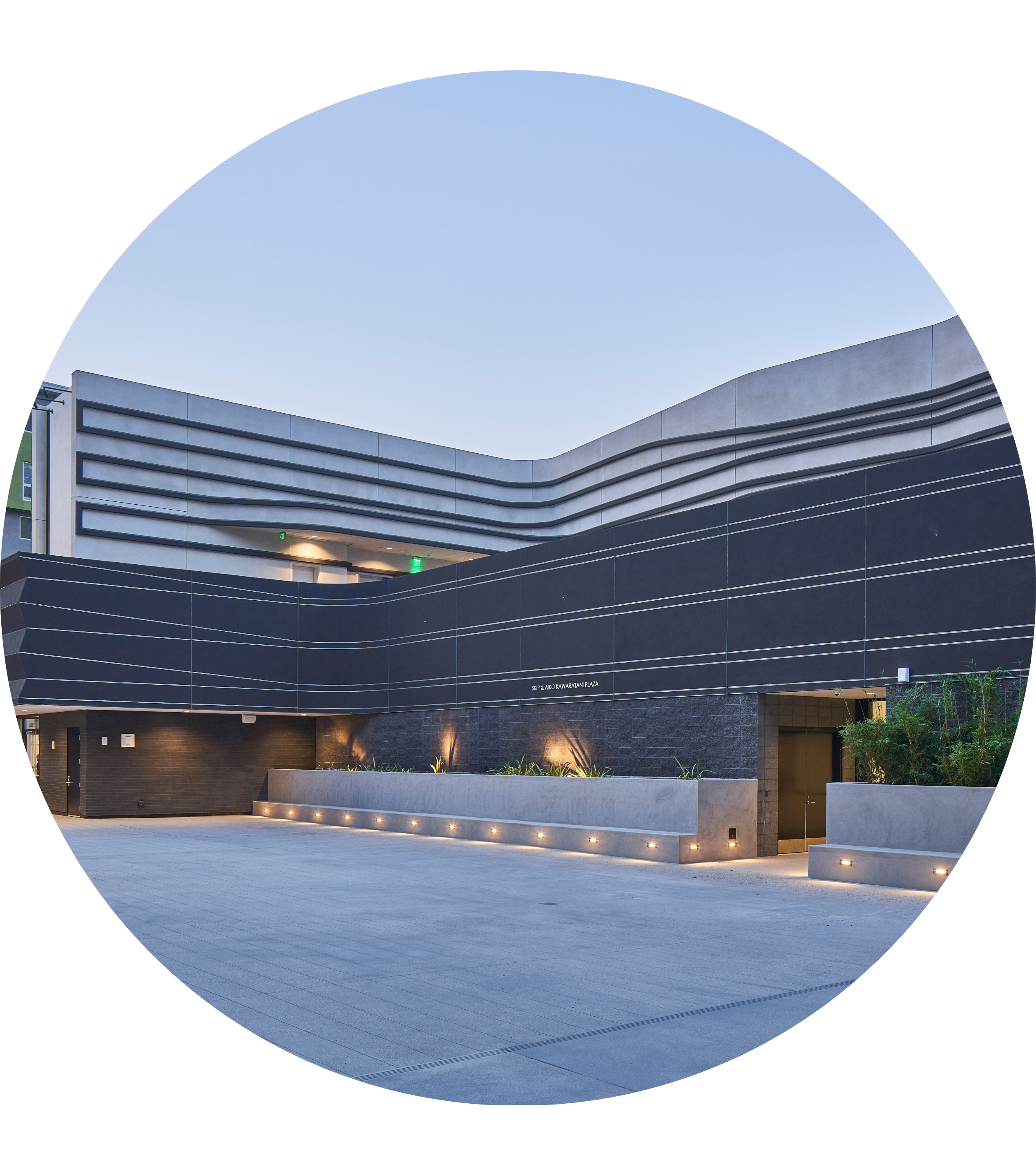 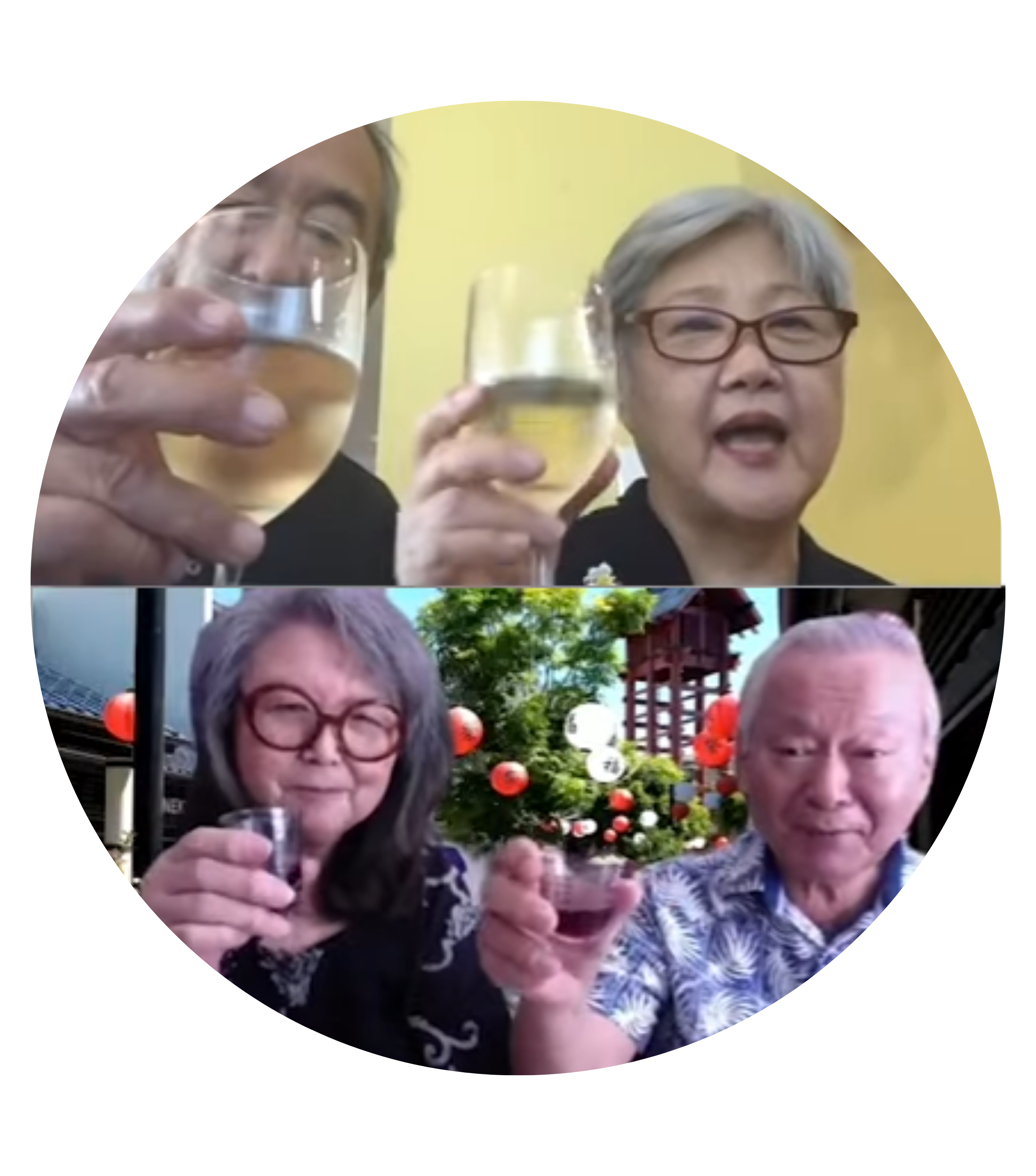 Small businesses need our support now more than ever! Support the heart and soul of our Little Tokyo neighborhood and Nikkei community by shopping small this holiday season. 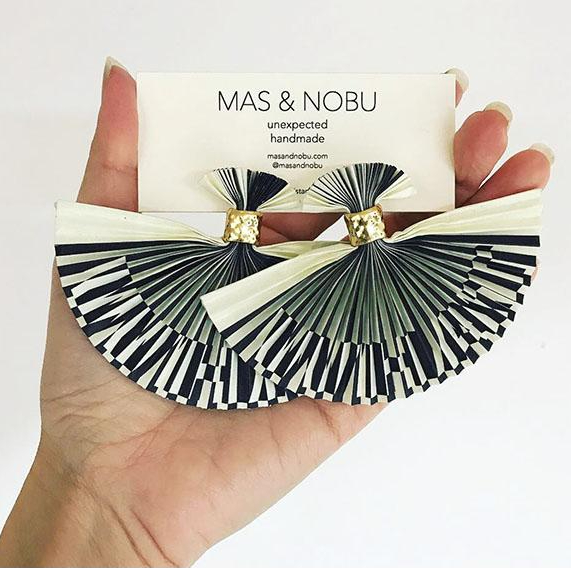 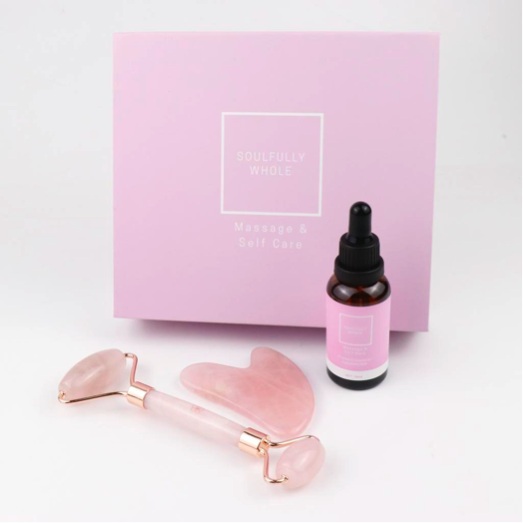 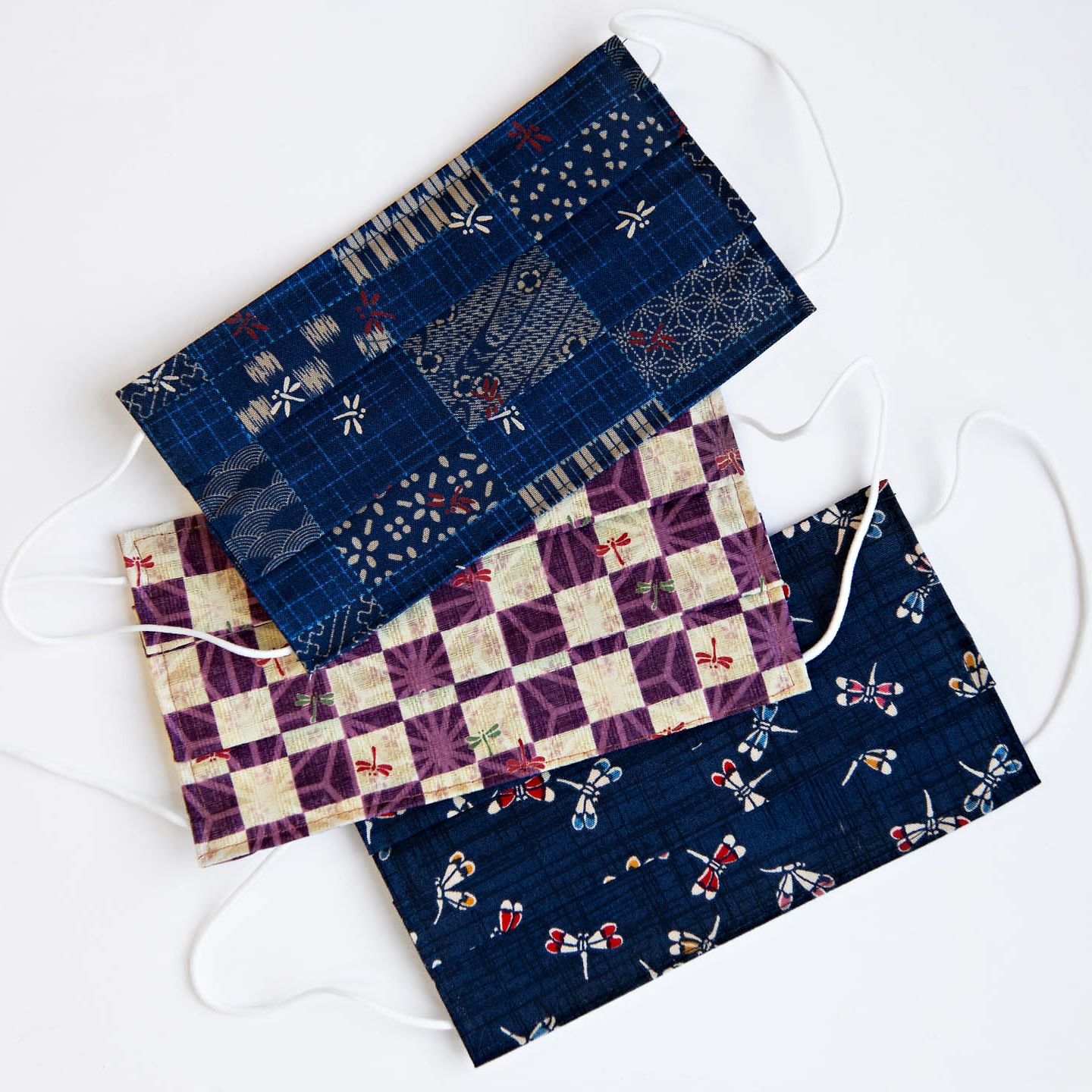 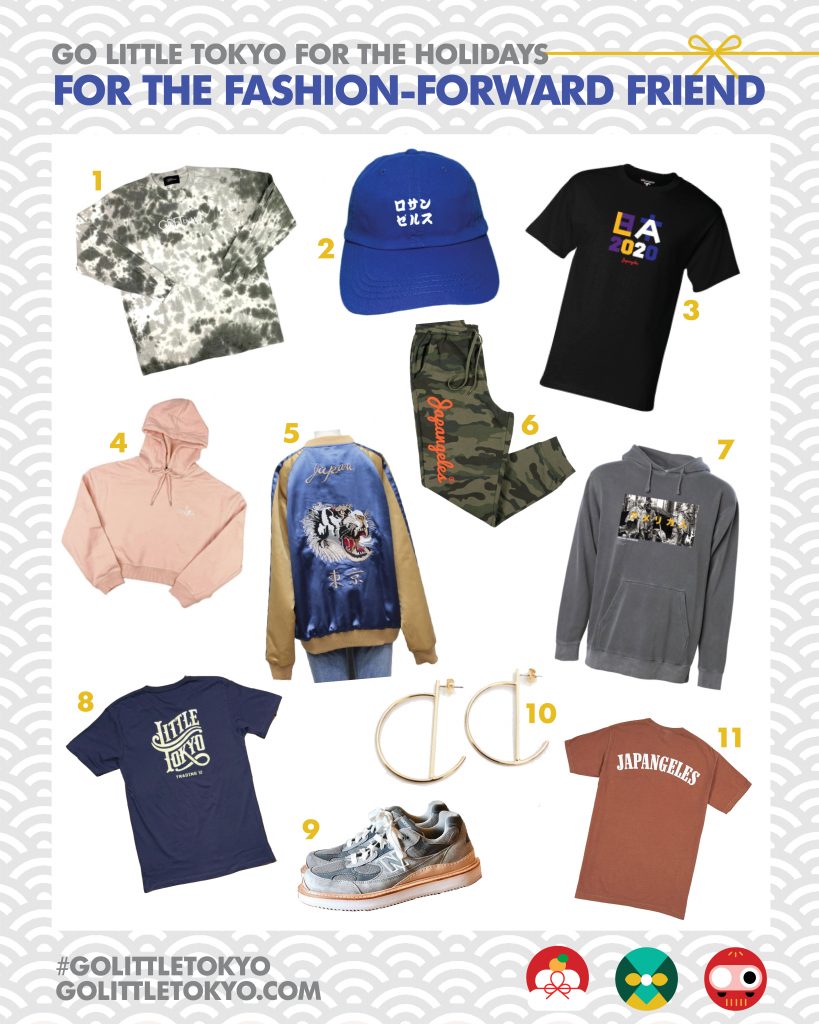 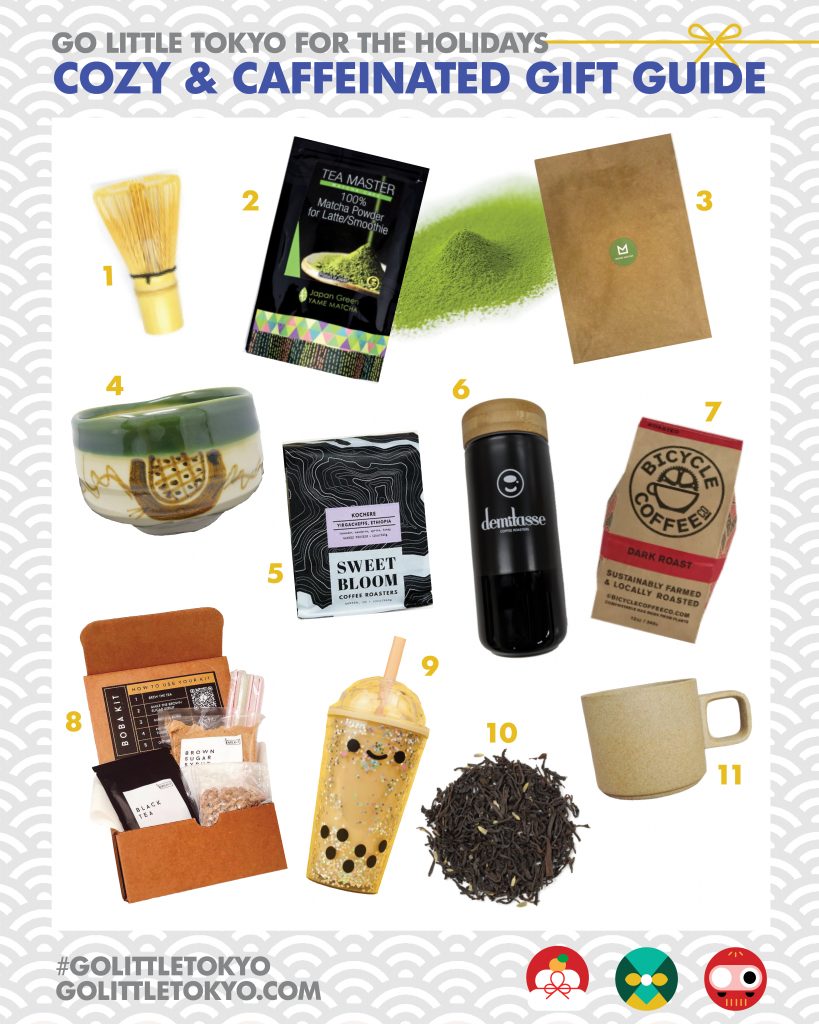 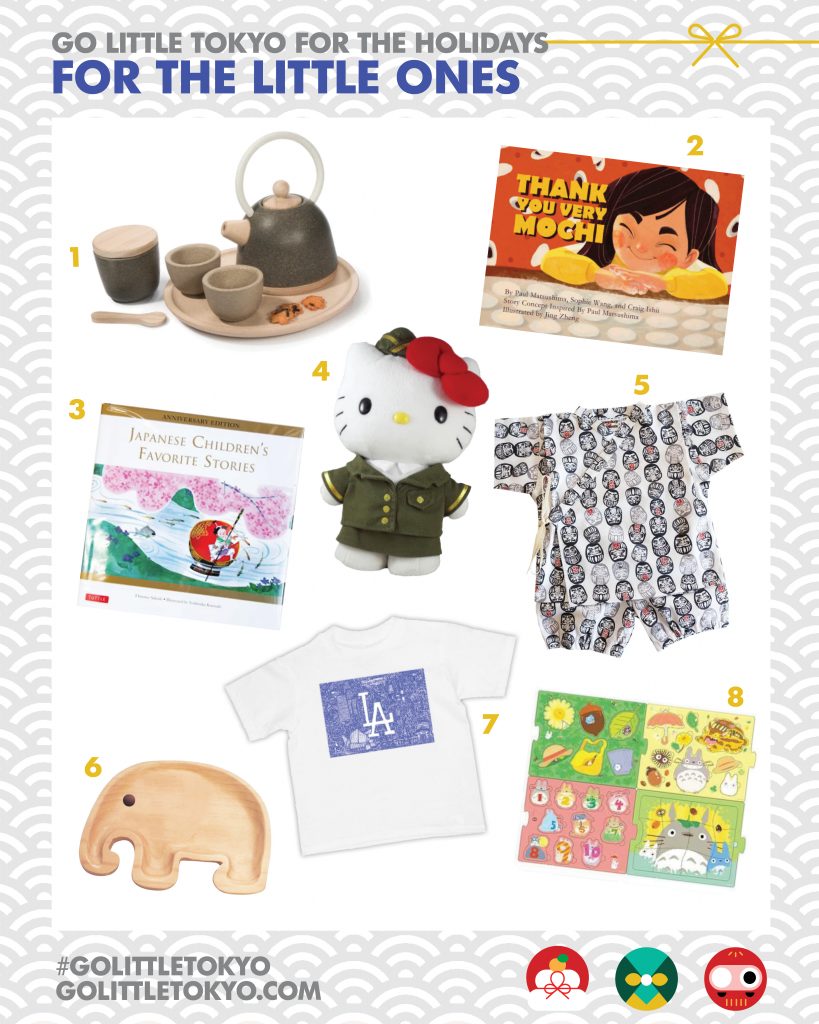 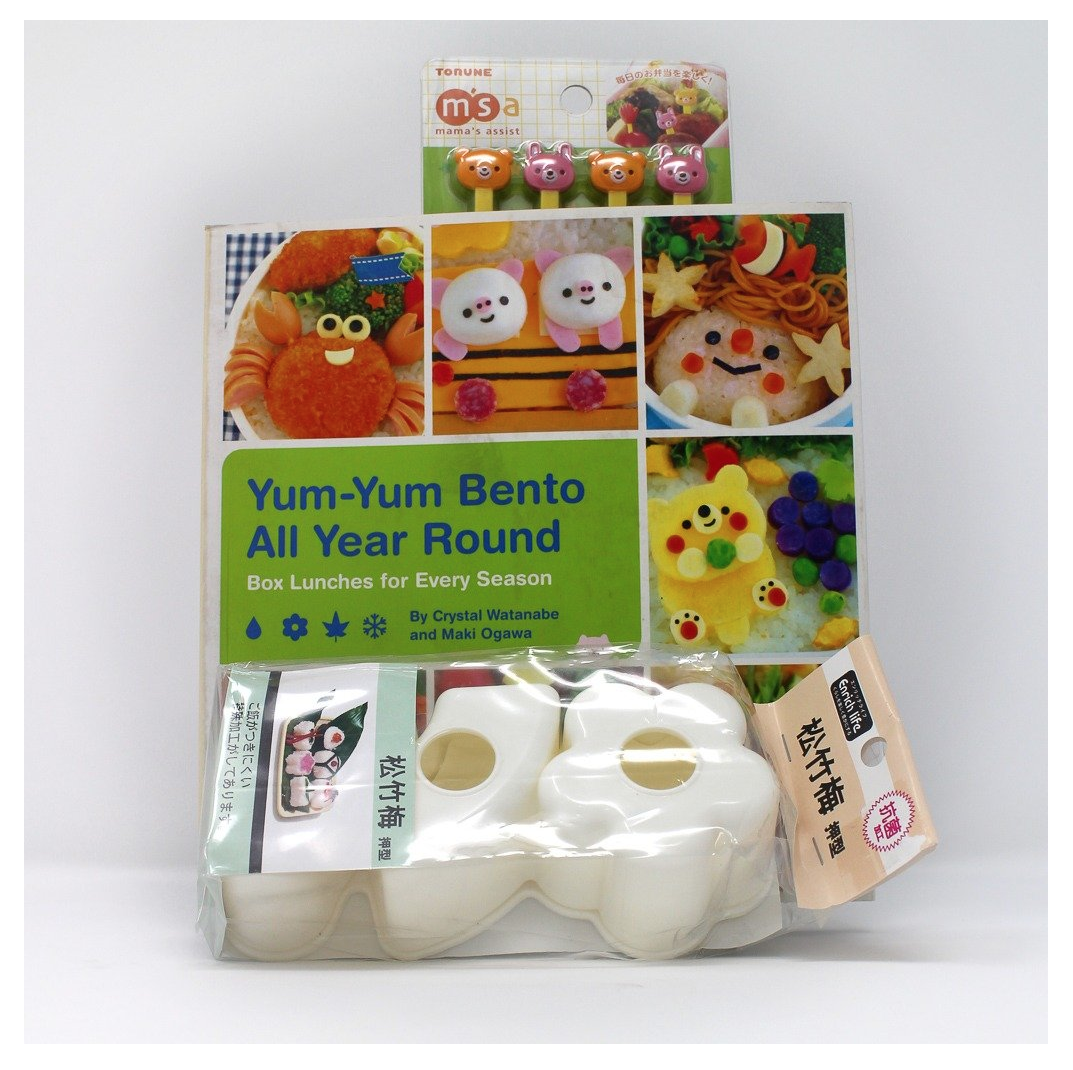 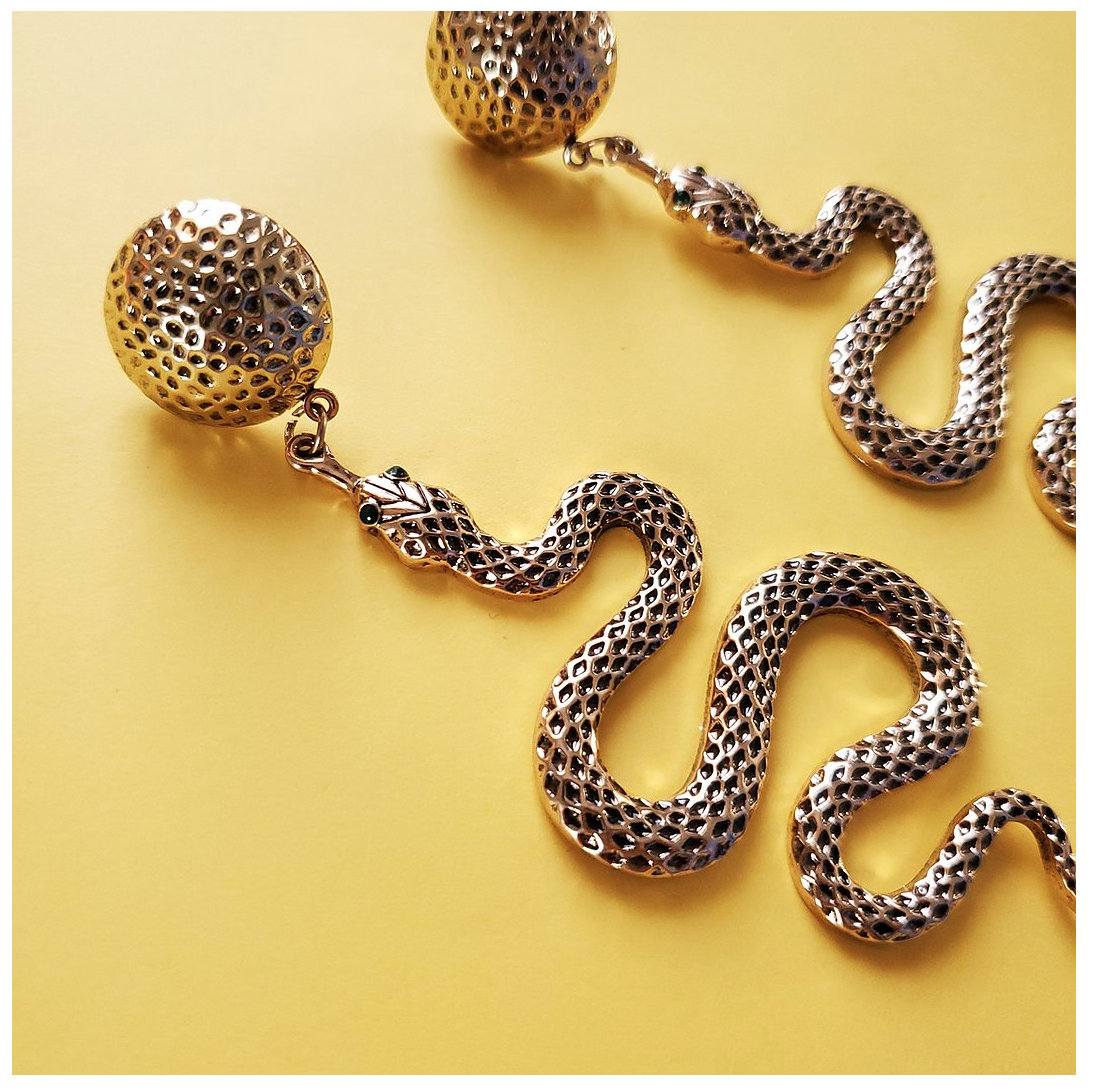 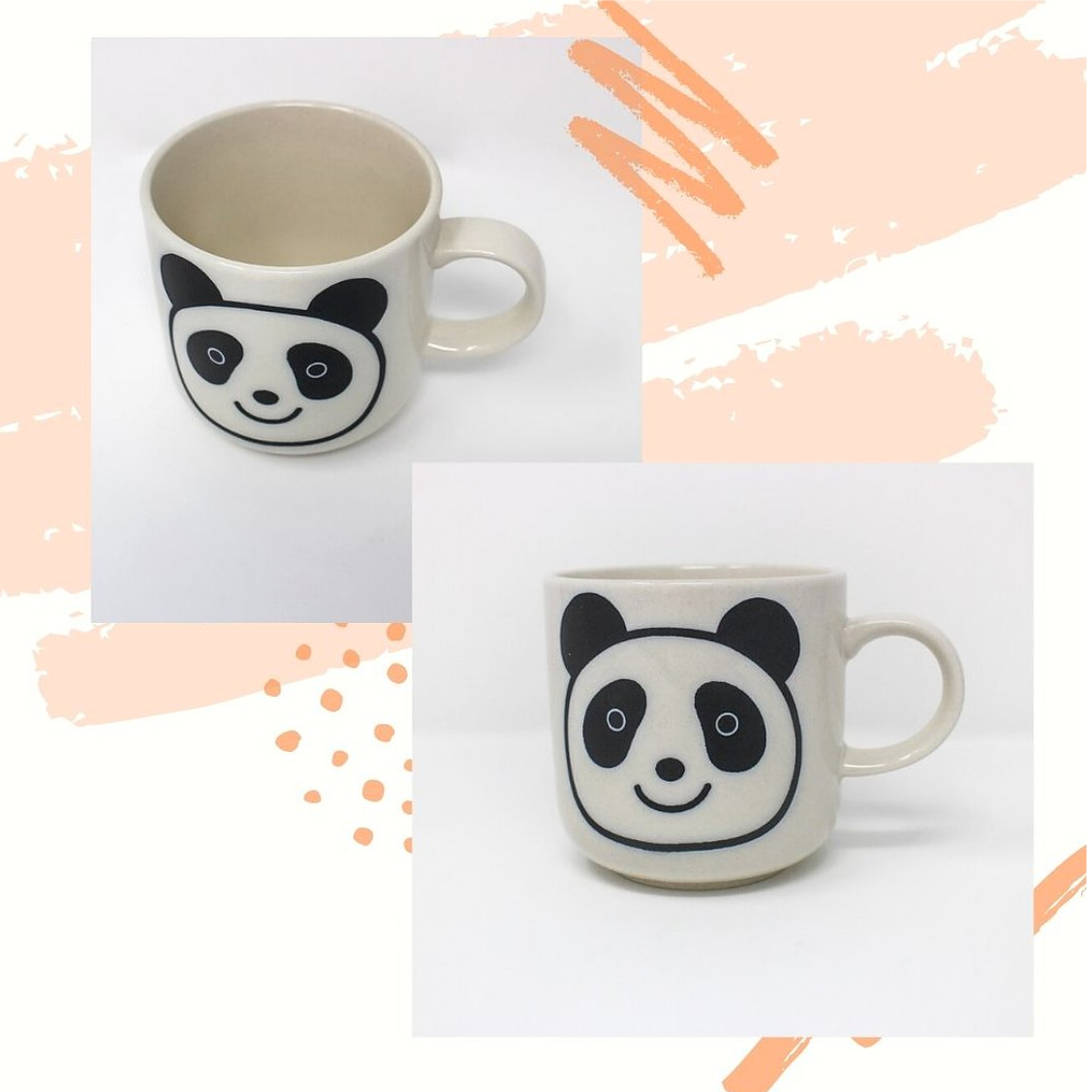 If you know Little Tokyo, you probably know Chris. Chris Aihara’s retirement comes after 7 years at LTSC and decades of work in Little Tokyo. She served as LTSC’s Development Director for 5 years and managed Terasaki Budokan’s major donors in its successful $34M+ capital campaign.

Here’s an excerpt from an interview with Chris as she reflects on her career and work in Little Tokyo. 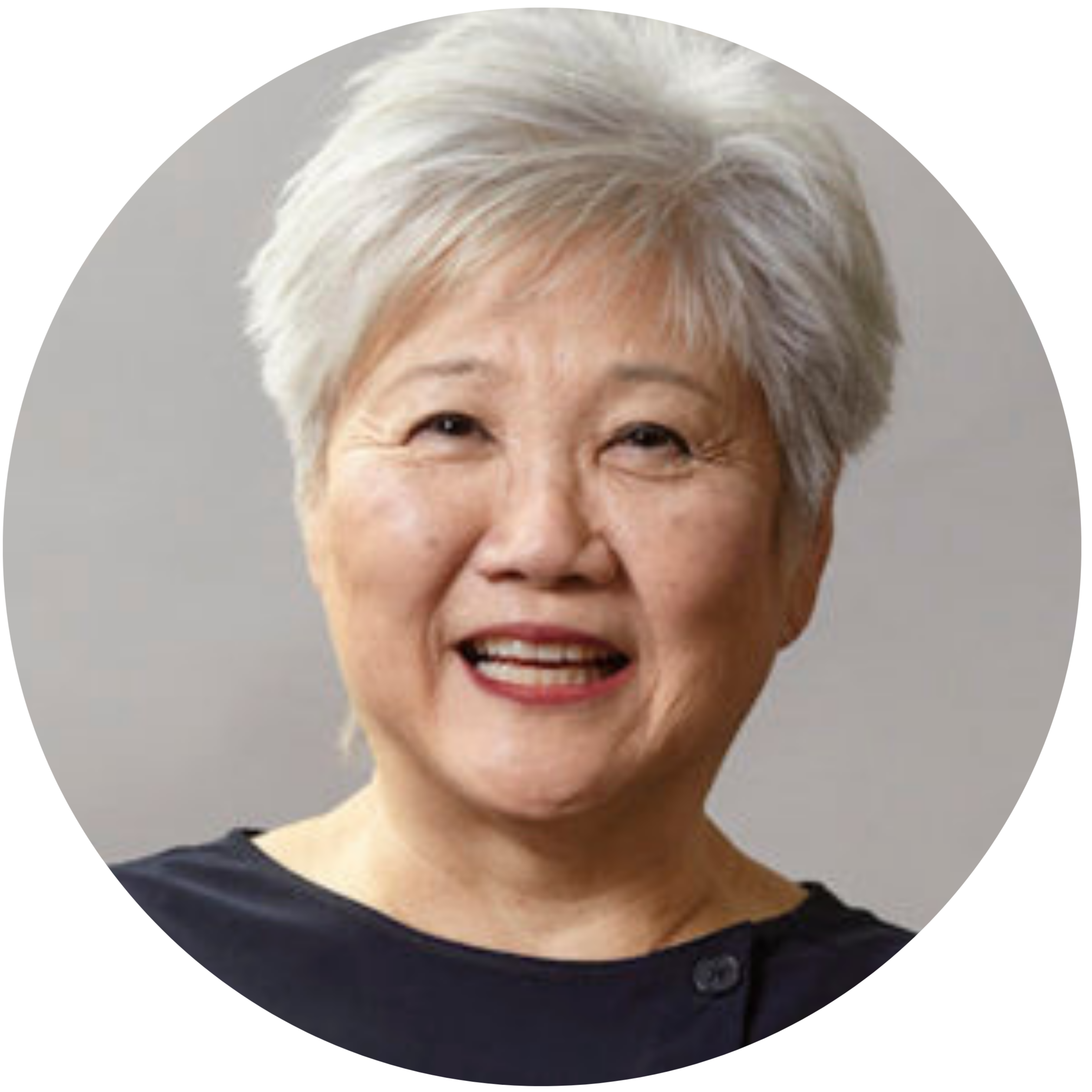 Tell me about your history with Little Tokyo.

I’ve been active in the Little Tokyo community since the 80’s, when I began working at the Japanese American Cultural and Community Center (JACCC). I’ve always felt fortunate that in my life there was integration of my job and the things that mattered to me most personally: working in the community and Japanese American arts and culture. While at the JACCC, we presented and developed a host of programs, exhibits and festivals that promoted Japanese and Japanese American culture.

There has not been much division between my work and my personal life. I am married to Doug Aihara, whose family has had a business in Little Tokyo for 70 years. Doug was involved with the Gidra, the seminal publication of the Asian American Movement and is a longtime board member of Visual Communications. Together we have ties with many Little Tokyo Community organizations, businesses, temples and churches. When we started to raise a family, a priority for us was that our kids have a strong sense of their identity and history and are connected to their community. We brought them to Little Tokyo often. Our daughter Riki is in the photograph documenting the march in Little Tokyo for a rec center. Blair and Garrett ushered at the Japan America Theatre and they all attended events in Little Tokyo, from Chilivisions to Children’s Day to Tofu Festival to temple Obon festivals.

This place we have, Little Tokyo, this physical community is so unique and so important. It is not just a place of history, but it is a physical place where we can participate in and experience our culture; where we can be part of a community. I think that sense of community and neighborhood is sadly a diminishing element of our modern lives.

How did you come to work at LTSC?

LTSC originally occupied a room at the JACCC. Back then it was just Bill Watanabe, Yasuko Sakamoto and Evelyn Yoshimura, so I have known about LTSC since its beginnings. Over the years I have had many opportunities to work with LTSC staff. Bill and I coordinated a big Japanese American conference called the “Ties that Bind.” Tom Sogi talked me into working on a 3-on -3 Basketball Tournament as part of Children’s Day (which became San Tai San). The tagline was, “We’re taking it to the streets until there is a Rec Center”. Evelyn even got me to man the Union Center Cafe one evening, making lattes. (That was awful!)

I have always felt a great affinity for Little Tokyo Service Center (LTSC) and its staff. I really appreciate its strong mission and positive values. When I retired from the JACCC, I was admittedly kind of burnt-out, but I was still very motivated to work in the LT community. Dean Matsubayashi approached me about coming on board at LTSC as a consultant. I liked LTSC and I really liked Dean. He was this rare guy – crazy smart and kind of goofy, and very funny. He had vision and ambition, at the same time, he was modest and very kind. I thought it would be really fun to work with someone like Dean.

As Director of Development, my main responsibility was to oversee the fund development and communications activities of the organization. When I came on board it was also a critical time for the Budokan. The project had been around for a while and was at a kind of crossroads – to move forward “all in” or consider the alternatives. Making the Budokan an organizational priority and focus, which included boosting the capital campaign team, created the synergy to re-engage community and public/private support for the project.

After leaving the JACCC, I knew I had one last big project in me. Working on the campaign to build the Terasaki Budokan, there were big challenges and sometimes disappointments, and we wondered how we would ever get to the finish line. But there came a moment in the campaign where we could see that it was really going to happen – it was all coming together. It felt great!

What did you learn about LTSC that you didn’t know before you became staff?

Working in Little Tokyo for over 25 years and collaborating with LTSC, I thought I LTSC’s work well. When I came on as staff, I was surprised at the breadth and depth of LTSC’s work and programs. I remember sitting down with various program directors when I first started – I didn’t know about resident services, Angelina Preschool, the affordable housing collaborations with other communities, the many social service programs, including addressing domestic violence. I was just so impressed with all that the staff were doing. And that all this was happening in those cramped cubicles in Casa Heiwa!

What do you cherish most about your time at LTSC?

It has been so great to work with such a dedicated, smart group of people who want to improve people’s lives and build an equitable and just community. I appreciate LTSC’s diverse staff and its youthful energy, even among its older people. And LTSC is a wonderfully horizontal organization – I appreciate the rotating staff kitchen clean-up duty, even though I feel I should be exempt because of my age. And I appreciate how Dean, and now Erich Nakano, pitches in with everyone else at events and fundraisers.

What do you envision in LTSC’s future?

I feel that LTSC is on the brink of a big step forward as an organization. We have a strong public presence in the community with the Budokan which will also expand our programs and activities. There are several significant affordable housing projects in the pipeline. Social Services has some new and important initiatives, like addressing homelessness. And as illustrated in the 40th anniversary video, LTSC has a strong vision for the future that I feel is really relevant and important.

What are your plans in retirement?

I will still be connected to Little Tokyo, remaining active with the Little Tokyo Community Council. I’m open to volunteer opportunities at LTSC too, maybe coaching youth basketball in the Budokan. (If you know me, you know I’m kidding…) But, I’d prefer to work with young people than people my own age. I want to focus some of my new free time on writing –  maybe a children’s book. And I’m looking for new creative outlets. I’ll still be hanging around Little Tokyo- you’ll probably run into me at my new office at Cafe Dulce.

LTSC thanks Chris for her incredible work, humor, wit and wisdom over the years. Her impact on the organization is forever solidified in the success and legacy of the Terasaki Budokan project. 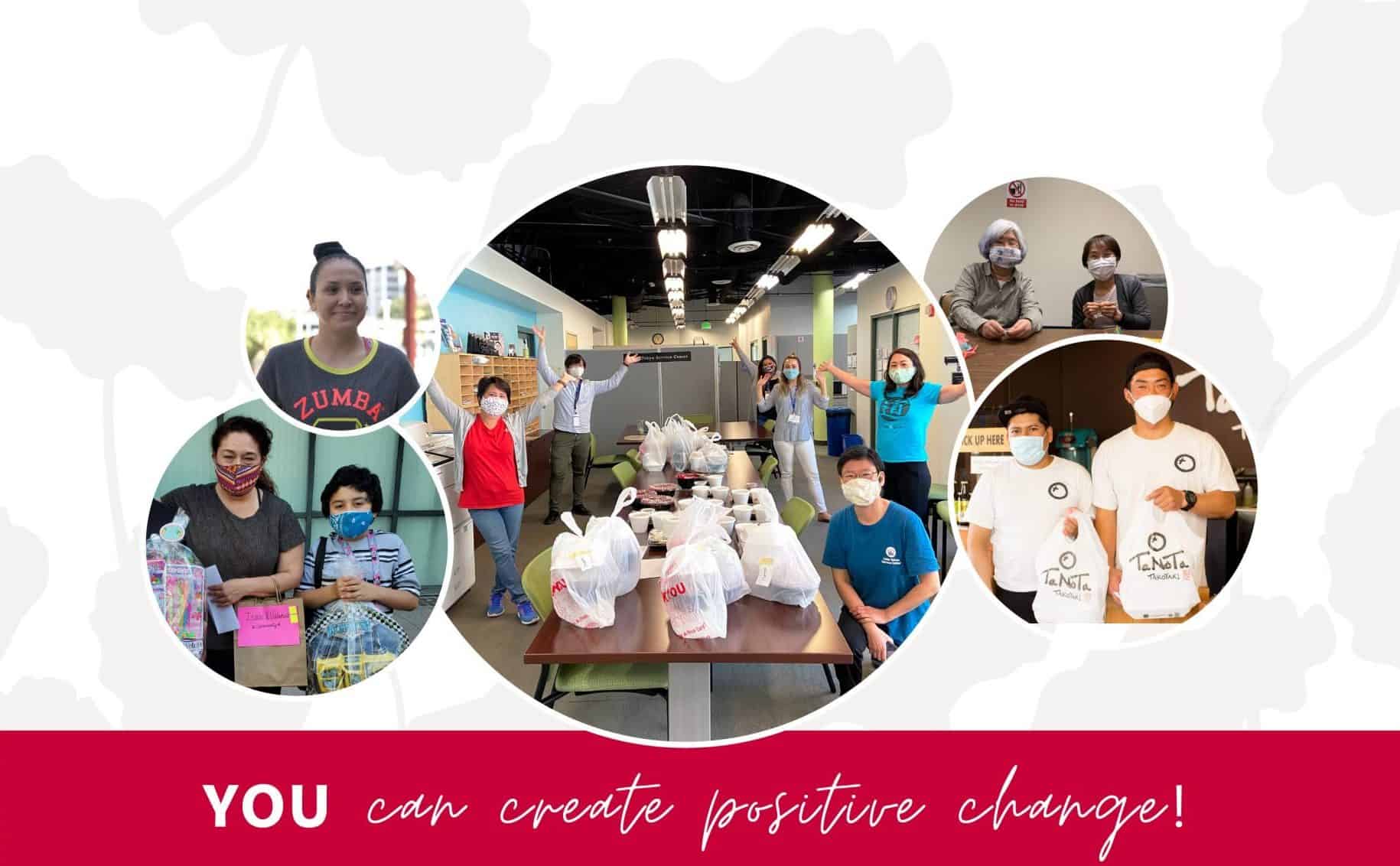 You can create positive change!

Right now, there’s a lot of work to be done to continue supporting our most vulnerable residents, clients and businesses. This year, LTSC moved quickly to provide needed services to seniors, those facing mental health issues, low-income families, and small businesses hit hard by the pandemic.

After a year of unforeseen challenges, together we can still bring positive change to our community. As the end of the year approaches, please consider making a contribution to support our mission.

Be The Match. Save a Life!

Kazumi is a beloved wife, mother, and Japanese school teacher. Unfortunately, she was diagnosed with Acute Myeloid Leukemia (AML) and is currently on her second round of chemotherapy. She needs to have a transplant THIS JANUARY and is in urgent search for a donor. Watch the video below to hear from Kauzumi and her daughter.

Register to become a donor!

Thank you to all our supporters for your contributions last month!
Add your name to the list by making a DONATION today.

In Memory of Kayoko Shoda-Ishida and Frank Shoda
Patricia Ishida

In Memory of May Arakaki
Akemi Arakaki and Takao Suzuki

In Memory of Jeannette Kyoko Sanderson
Emily and Dan Weaver

In Memory of Dean Matsubayashi
Kimi and Kazuo Obana