10 Jun Stepping Into the Spotlight

Posted at 11:50h in News You Can Use by LTSC Administrator 0 Comments
4 Likes
Share 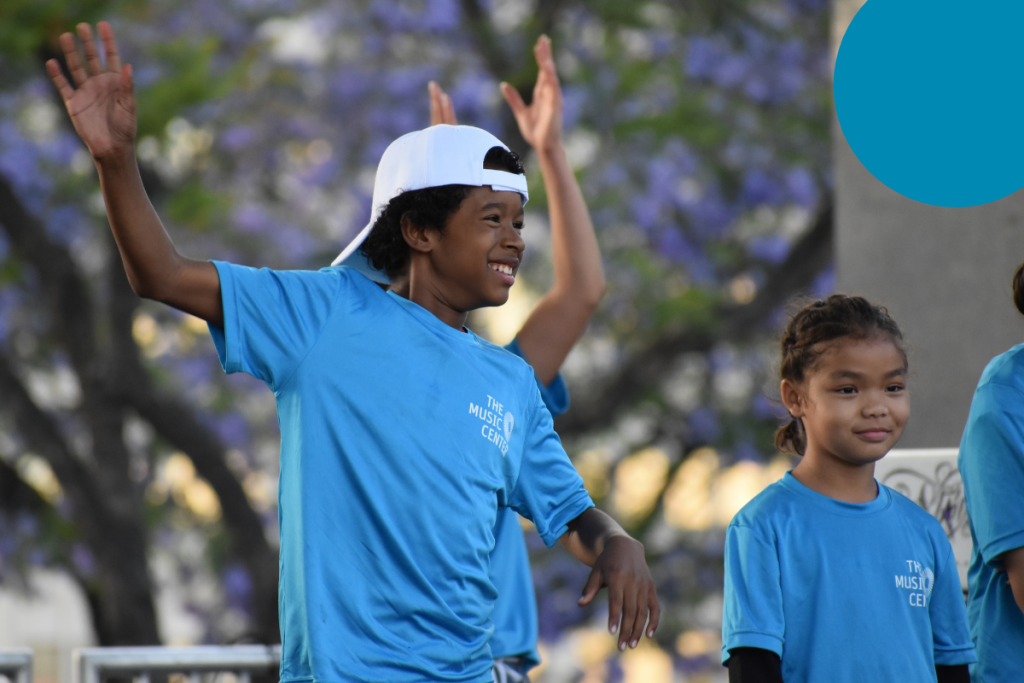 “The performance was fun! I was kind of nervous, because everyone was coming to watch, but it was a lot of fun,” explained Alexander, a second grader taking part in LTSC’s Mi CASA after school program. 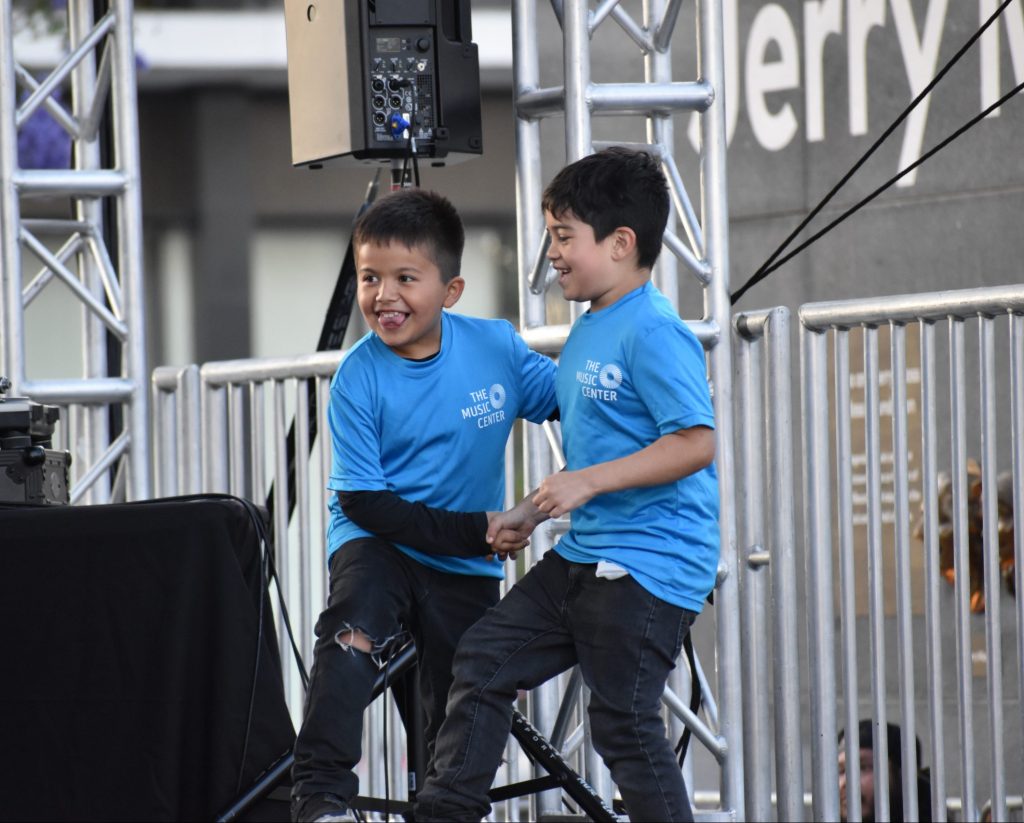 Partnering with mission aligned programs like UniverSOUL Hip Hop that value community building and character development enables Mi CASA to grow its capacity to provide youth more experiences. “We learned a lot of new moves and I really liked Miss Liz. I wish I could do more dance workshops with her,” added Alexander.

Though the students took the stage during their performance with confidence and bravado, that swagger was not always there. “It was a little challenging at first, trying to make sure that everyone learned everything and making sure the students got along,” explained Miss Liz, a dance educator with UniverSOUL Hip Hop. Thanks to Miss Liz’s positivity and the sense of community she helped foster amongst the students, together, they were able to overcome the initial nerves and shyness that were holding them back.

“I liked that Miss Liz was really patient and gave us lots of time to learn new moves,” explained Krysten, a fourth grader at Mi CASA. “My favorite part about the class was that she brought everyone together. It was really fun and she was really nice!”

Miss Liz stopped by Budokan (where the Mi CASA program runs) once a week to work with the students over the course of the eight-week program. Week by week, Miss Liz could see their confidence grow as they mastered new moves. “I did not expect them to fall in love with dance so hard, but every time I showed up, they were so excited to dance and it was amazing,” she said. 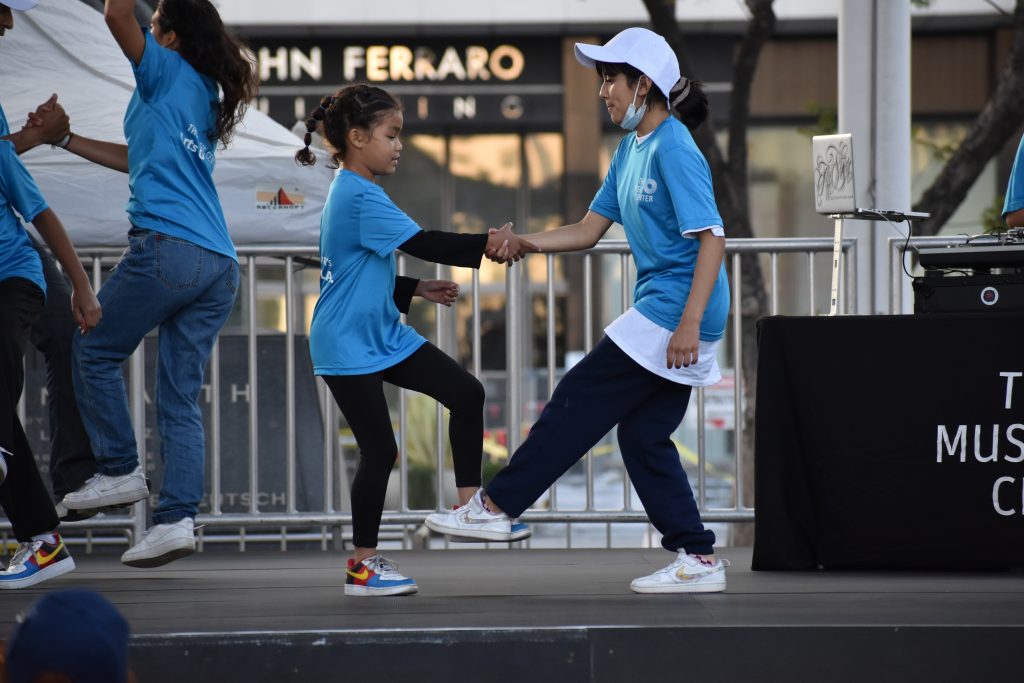 By the time their performance came around, the students had learned a wide variety of dance moves and an entire choreographed routine. Though their growth as both dancers and people was something that only a few had witnessed, the big smiles on their faces as they performed was evident to everyone in attendance.

“Dance itself pushes kids outside of their comfort zone. I think everyone’s a little bit uncomfortable when doing dance, so they were all at the same baseline of, ‘I’m nervous, but at least we’re all nervous together,’ and so they grew together through that whole process. It was a really beautiful thing to see them develop through the course of the workshop,” said Jackie Waight, youth services program coordinator at LTSC.

With the immense popularity of the workshop series amongst the students, UniverSOUL Hip Hop will be coming back to Little Tokyo this summer, as part of the programming for the Mi CASA Summer Program. 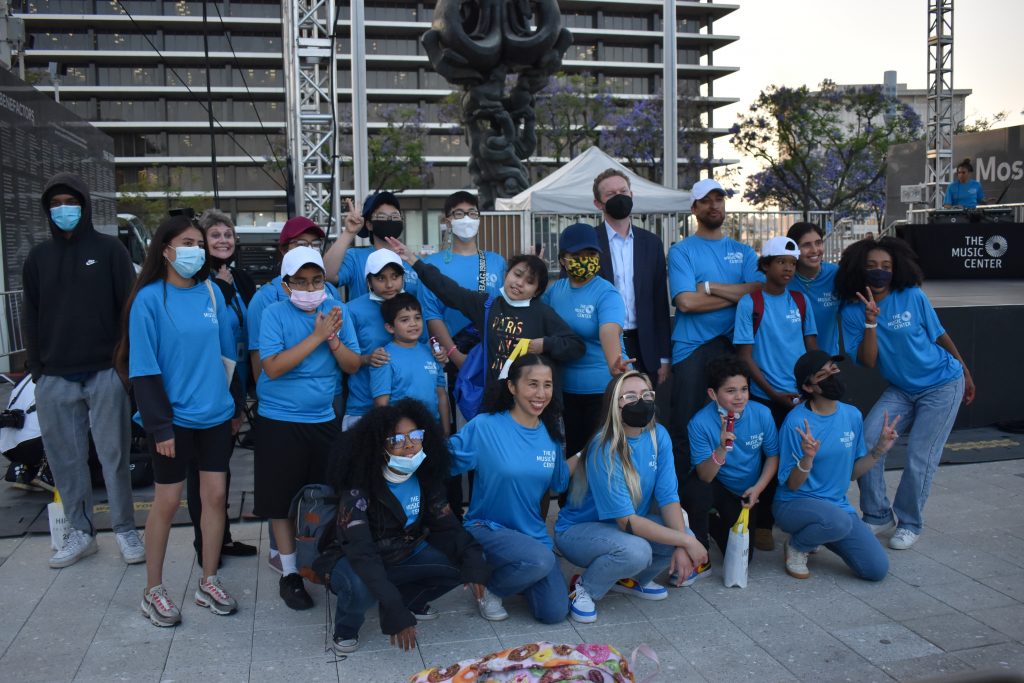