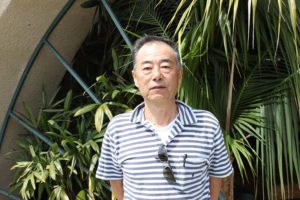 Nobuaki first came to LTSC for assistance in Summer 2016, after undergoing surgery for a brain tumor. Upon being released from the hospital, Nobuaki lived in a recovery facility and then a budget hotel before he could no longer afford a room. LTSC’s social workers arranged for him to stay in a homeless shelter.

Nobuaki, who struggles with anxiety, came to LTSC’s office on a regular basis for Japanese language counseling and other assistance. LTSC staff helped Nobuaki resolve issues with his health insurance and Social Security benefits and arranged transportation so he could get to and from his medical appointments.

When a bank attempted to collect debts from Nobuaki, LTSC negotiated a favorable settlement on his behalf. On another occasion, when he lost all his personal identification, LTSC social workers helped him replace each form of identification.

“If someone has a crisis or emergency, an organization like this is very important,” said Nobuaki. “If anybody has anxiety, please come straight here and get help immediately.” Thankfully, Nobuaki’s health has improved. With guidance from LTSC, Nobuaki moved to a single room occupancy facility and is happy to have his own private room. In appreciation for LTSC’s help, Nobuaki brought a bag of lemons for the staff to enjoy.