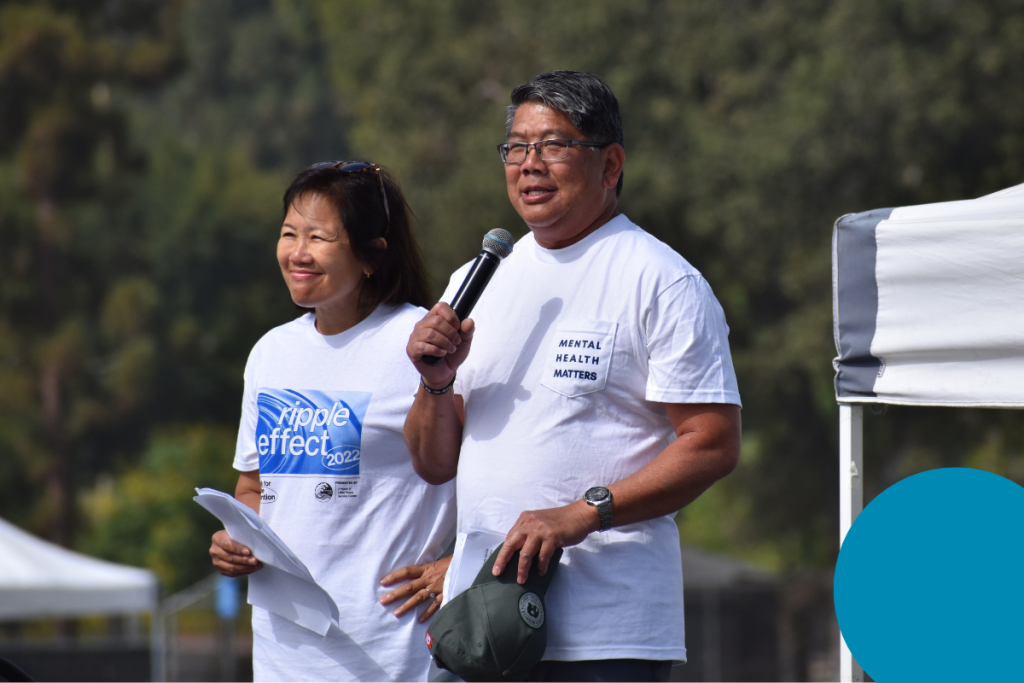 The ongoing mental health crisis affecting the AANHPI community is one that strikes close to home for many members of our community. With statistics showing that 33% of deaths amongst AANHPI aged 15-24 are caused by suicide, it is the leading cause of death for AANHPI in this age group. To address this crisis, Changing Tides hosted Ripple Effect: Walk for Suicide Prevention to bring awareness to this issue and foster hope, while raising support for mental health resources.

With over 400 participants and volunteers, and countless donors, the event was a major success, raising over $100,000 to fund Changing Tides’ initiatives around mental health. Most importantly, the event gave attendees the opportunity to heal, connect and nurture hope for the future. 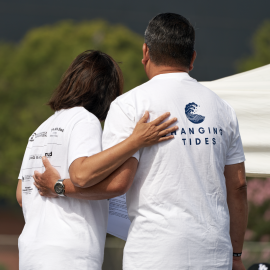 “It really warms my heart to see that so many people are concerned about mental health and I’ve been overwhelmed by the outpouring of support,” shared Bonnie Tang, a mother who lost her son to suicide. “Hopefully this will bring some momentum so that we can do more and raise the level of conversation around mental health.”

Bonnie served as a guest speaker, along with her husband, Greg Song, who shared their experience of losing their son, Nick, to suicide. Shortly after Nick’s tragic death, the couple found Changing Tides while looking for an organization to donate the koden from Nick’s funeral. Bonnie and Greg have been working with Changing Tides since then, helping to organize Ripple Effect and working to prevent other families from experiencing similar tragedies.

For those who lost a loved one to suicide, Ripple Effect served as a moment of reflection and unity. Though the need for events like Ripple Effect is painful and grim, the event gave attendees an opportunity to take action to prevent future tragedies.

“I wish that we didn’t have to come out here and walk because of this, but unfortunately we do. At the same time, it’s good that we’re raising awareness and letting people know that there are resources out there for them if they’re feeling in a position where they’re alone. I know Tommy would have appreciated it and I know that he would have been here participating with us too if he was here,” said Elijah, who walked in honor of his friend Tommy.

For staff and members of Changing Tides, the outpouring of support far exceeded what they had originally expected, creating more hope and excitement for what the future holds for Changing Tides.

“We’re very grateful for the outpouring of support from our community for this event. It goes to show how many people this crisis has touched, but it’s uplifting to see that there’s this many people that are willing to do something about the mental health crisis. I hope to keep the momentum from this event going, as we embark on future events and projects for Changing Tides,” explained Matthew Yonemura, Outreach Coordinator for Changing Tides.

With the success of Ripple Effect: Walk for Suicide Prevention, Changing Tides is nurturing hope and creating awareness around the mental health crisis affecting the AANHPI community. Funds raised from the event will go towards supporting Changing Tides’ programs and initiatives as they strive to end cultural stigmas surrounding mental health and advocate for and provide culturally appropriate mental health resources for the community.