10 Aug ‘Sake on the Rocks’: A Delectable Return to Little Tokyo 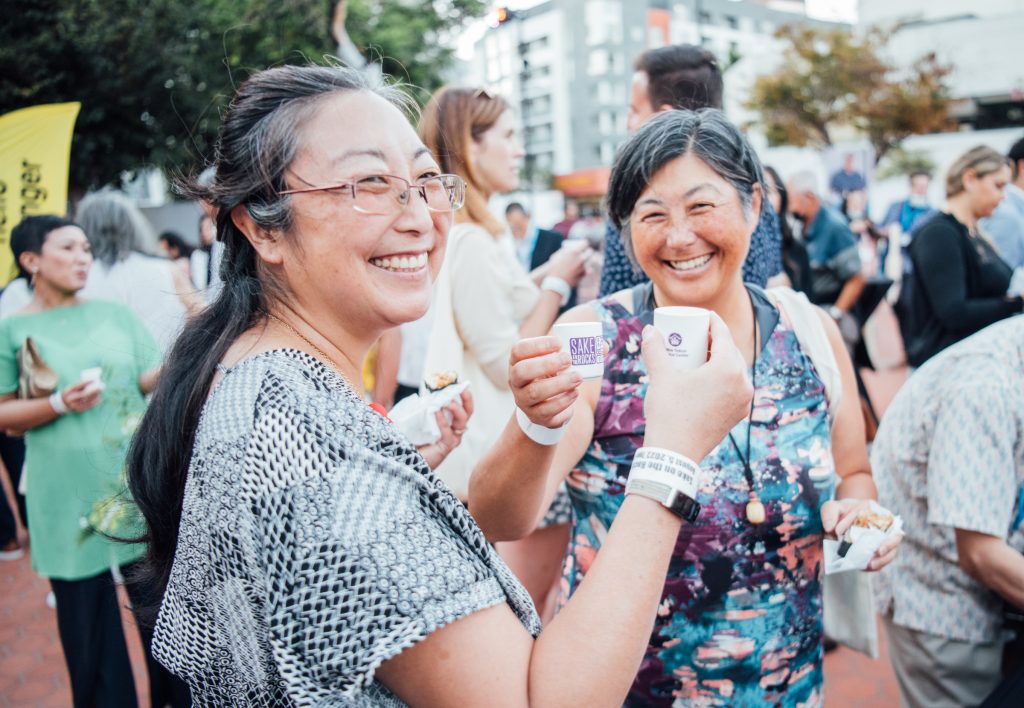 ‘Sake on the Rocks’: A Delectable Return to Little Tokyo

LTSC’s 14th annual fundraiser, Sake on the Rocks, returned in person last Friday at the JACCC. With the support of many sponsors, donors, volunteers, 21 vendors, and over 700 guests, LTSC raised over $345,000 for its programs and initiatives that empower people and communities in need. This year’s event honored Tad Yoshimura in memoriam (former LTSC Board Member), Wesley Health Centers (JWCH) and Citi Foundation for their invaluable support of LTSC’s mission. “It was wonderful to be finally back in person after 3 long years. I’d like to give a huge shout out to all of our supporters who helped us to sustain important programs and initiatives for people and places,” said Erich Nakano, Executive Director of LTSC. 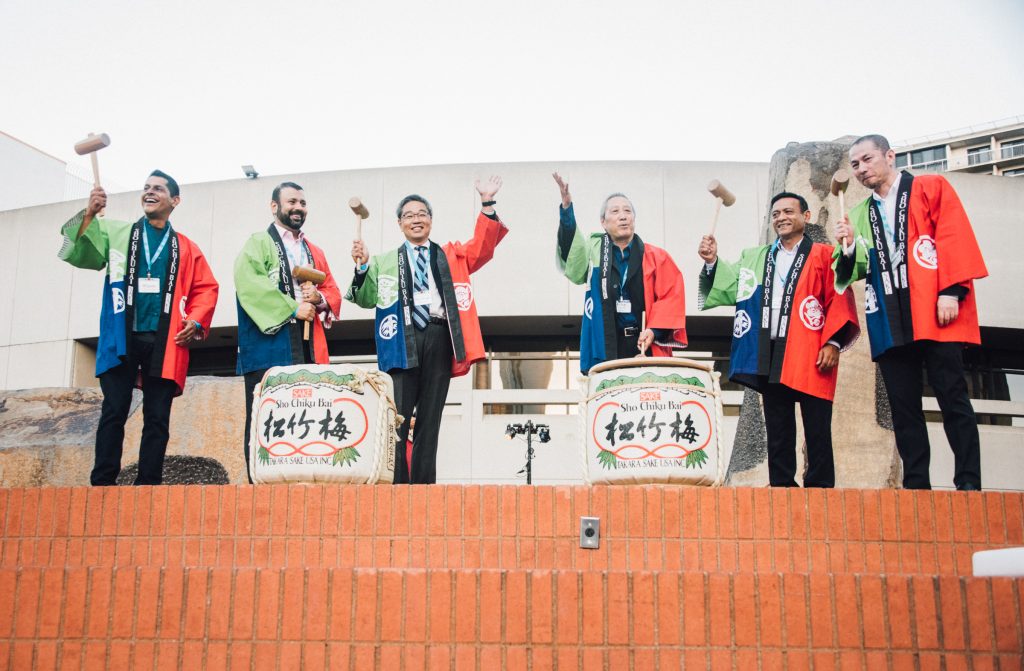 After the main event opened with a barrel breaking ceremony and celebratory ‘kanpai’ toast, guests enjoyed a fun night filled with food, drinks and community spirit. The outdoor event featured sake from 20 Japanese breweries as well as food and beverages from 21 local businesses. “We’ve just been overwhelmed by the variety of sake that they have here. That huge amount of selection–we’re very surprised and very impressed. It’s beyond my expectations, just so great to be outdoors with so many people,” explained guest Kristy Huang-Arai, enjoying the selection of sake provided by LTSC’s longtime partner, Mutual Trading Co.

Guests’ all-inclusive tickets included unlimited food and beverage samples, access to knowledgeable sake sommeliers (including sake brewers who flew in from Japan for the event), a live DJ, and entertainment from an ‘Iron Chef’-style shochu cocktail contest. The cocktail contest champion, Hamed Tavajohi, Market Leader for Los Angeles at US Bank, a major sponsor for this year’s Sake on the Rocks, shared, “the Japanese American community is such an integral part of Los Angeles. For [US Bank] to continue to connect and reinvest in the community is one of our pillars of success. [Sake on the Rocks] is something I look forward to and I hope to come back again next year.” You can sample Hamed’s winning cocktail creation, the “Shar-Shar”, at Far Bar and Sake Dojo in Little Tokyo this coming week.

As the evening came to a close, guests chatted under the warm glow of string lights, raising their glasses and loosely moving to the beat of the music. Laughter sprinkled the crowd as friends old and new savored moments together in person, all in the name of a good cause. Nicole Arca, Development Manager at East West Players, a Community Sponsor for Sake on the Rocks, reflected, “I think LTSC is a home to so many people and I think without it there would be an empty hole in the [Japanese American] and Asian American community. I think LTSC is such a big unifier for everyone here and it’s really important especially as LA continues to get developed. LTSC is definitely a pillar, it’s a staple.”